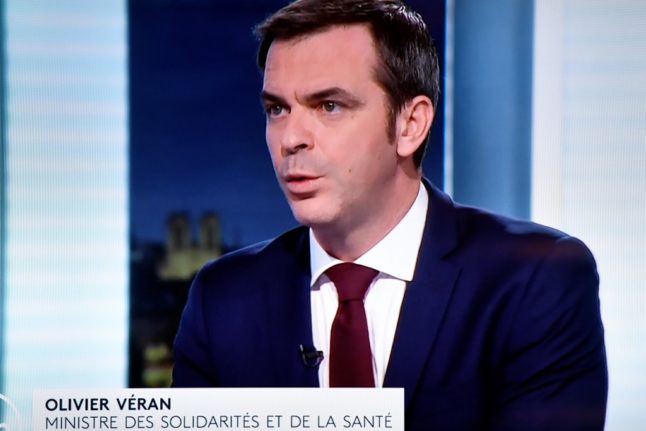 The worsening Covid-19 situation in several regions and the convening of the country's Defence Council for a meeting had led to widespread speculation that extra health restrictions would shortly be announced.

But instead, health minister Olivier Véran announced on TV channel France 2 that there will be a consultation on extra measures for the worst affected areas only, including a 6pm curfew.

The eastern parts of France are seeing considerably higher numbers than the west of the country, but on a national level case numbers and hospital numbers remain stable.

READ ALSO Which areas of France are worst affected as Covid-19 cases rise?

He said: “We've been on a plateau for about three weeks, with about 15,000 new cases a day. So we are still too high. Hospital pressure remains high. There are significant regional disparities.”

However he added that case numbers were not, for the moment, increasing.

Véran said that the Council had therefore decided not to reintroduce lockdown.

Instead a consultation with local authorities in the worst-hit areas has begun and will centre on the introduction of a 6pm-6am curfew. This would be applied only in the worst-affected départements and metropole areas, not on a regional level.

But although there will be no new lockdown, Véran would not be drawn on whether cinemas, theatres and cultural centres could reopen as planned on January 7th, saying that the government wanted to see data showing whether the Christmas holidays have led to a spike in cases.

He said:  “We need to see the effect of Christmas, possibly of the New Year. By the beginning of January we'll see more clearly.”

France's Covid-19 case numbers peaked at 50,000 new cases per day at the end of October, before falling sharply as the second lockdown took effect. They fell to around 12,000 a day by the end of November, but since then have plateaued and have never got close to the government's target of 5,000 a day.

Reporting of both case numbers and death rates has been a little erratic over the holiday period, but Véran said there had been a slight rise in the last week, but this could be down to a huge spike in testing before the Christmas holidays.

The week before Christmas 3 million people were tested, a 74 percent increase on the previous week and the highest test numbers in Europe. The majority of those getting tested were asymptomatic – in general people getting a test as a precaution before travelling to spend Christmas with friends or relatives.

The French government has been concerned about a 'Christmas effect' of a spike in cases resulting from people travelling and spending the holiday period with friends and relatives, but this effect will only become apparent in next week's data.

The government's proposal, which is being discussed with local authorities, is for a 6pm to 6am curfew in badly-hit areas, starting from January 2nd. The rest of the country would remain on the current 8pm to 6am curfew.

The curfew would be applied in départements and metropoles – cities and their surrounding suburbs – where case numbers are high, but not to entire regions.

For those areas not affected by the 6pm curfew, the same rules remain in place.

The whole country is under an 8pm to 6am curfew and all bars, restaurants, cafés, gyms, theatres, cinemas, museums and cultural centres remain closed.

However people no longer need a permission form to leave their homes and socialising is again allowed, although gatherings of more than 10 people are not allowed in public places – apart from demonstrations and religious services. People are recommended to keep private social gatherings to a maximum of six people and continue to observe precautions such as social distancing and mask-wearing.

The key date is January 7th – by then the government must decide whether to reopen cultural spaces or not.

Cultural centres such as cinemas, museums and tourist attractions had originally been due to reopen on December 15th, but this was delayed when case numbers failed to fall below 5,000 a day.

By January 7th the effect, if any, of the Christmas holidays will also be apparent.