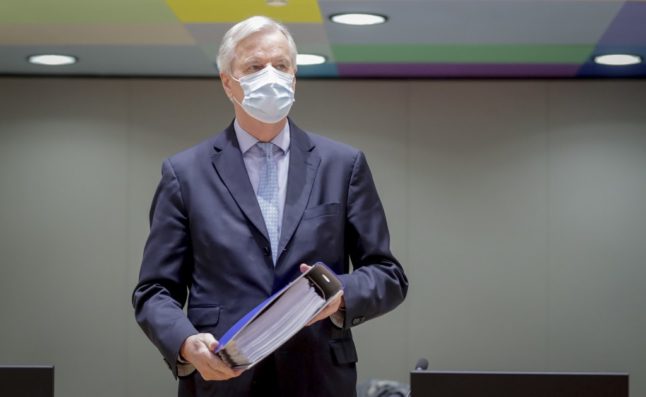 Barnier, who helped find deals on Brexit in 2019 and then last week an accord on Britain's future trading relationship with the bloc, told French radio he did not intend to join President Emmanuel Macron's centrist movement and rather return to the fold of the right.

“I want to use the energy that I still have to work for my country,” he told France Info radio.

“I will see where I can be useful,” he added. “I want to find the French again.”

Barnier indicated he planned to back, as before his departure to Brussels, the right-wing Les Republicains (LR) rather than Macron's La République en marche (LREM).

“I will try to add my stone to my political family which needs to be rebuilt, and to the French political debate,” he said.

But he dodged a question on whether he harboured ambitions for 2022 presidential elections, saying he was simply a “patriot and a European”.

Before becoming the Brexit chief negotiator in 2016, Barnier had served as EU commissioner for the internal market from 2010-2014.

But Barnier, 69, is also a veteran of French politics, having held several top posts including foreign minister in a cabinet career dating back to the 1990s.

LR has struggled to make an impact on French politics after their candidate François Fillon was felled by a corruption scandal in the 2017 presidential elections that were won by Macron.

Analysts say the president has himself shifted to the right in the last months, scenting that it will be on this ground that the 2022 election battle will be fought.