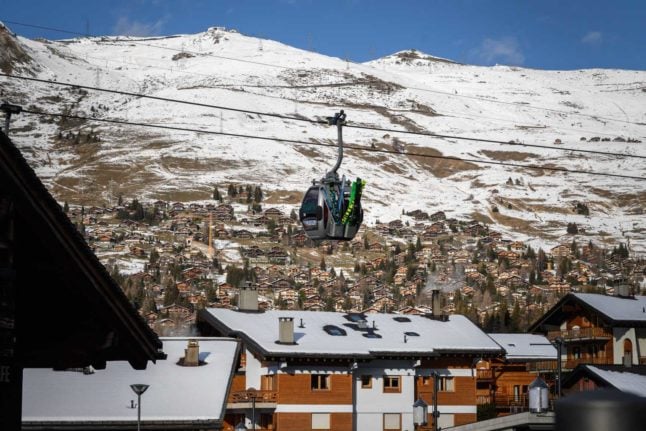 Hoteliers and apartment operators reported the tourists missing to authorities in the Bagnes municipality on Sunday morning after calls to the tourists rooms were unanswered and breakfast trays placed in front of the rooms went untouched, DPA reports.

Of the 370 quarantining British guests who were in the region over the weekend, only around a dozen remained in their rooms on Sunday morning.

Switzerland stopped flights from the UK on December 20th due to a mutant strain of coronavirus which had been detected in the country.

Those who had arrived in Switzerland since December 14th were required to quarantine for ten days from their date of arrival.

As yet, authorities are unsure where the Britons have departed to, given that flights from Switzerland have been heavily restricted.

While return flights were again allowed to fly from Switzerland to the UK on December 24th, anyone currently in quarantine needs to obtain permission from Swiss health authorities to break quarantine in order to fly.

DPA reports that some of those who were in quarantine have arrived in France.

Unlike Switzerland, where skiing has been allowed throughout the winter despite coronavirus restrictions, ski slopes remain closed in France.

Hotels are open in France however, unlike in neighbouring Austria and Germany.

Jean-Marc Sandoz, spokesman for the Bagnes municipality to which Verbier belongs, told DPA on Sunday that “he understood the anger” of the guests.

“Families with small children suddenly got stuck in 20-square-metre rooms,” he said.

“It would have been unbearable.”