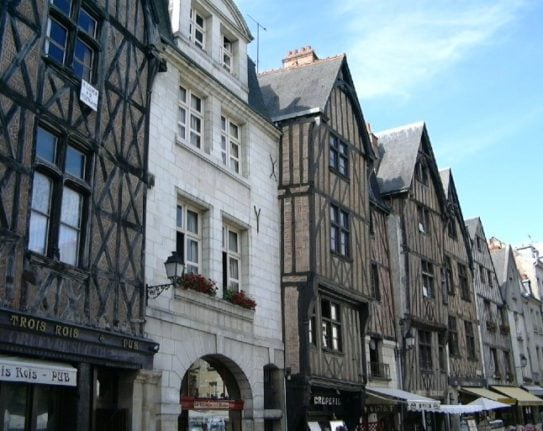 The patient is self-isolating at his home in Tours (above). Photo: Wikimedia Commons
France has confirmed the first case of a new coronavirus variant that recently emerged in Britain, its health ministry said.
The new strain of the virus, which experts fear is more contagious, has prompted more than 50 countries to impose travel restrictions on the UK.
The first French case — found in a citizen living in Britain who arrived from London on December 19 — is asymptomatic and self-isolating at home in Tours in central France, the ministry said late Friday.
They were tested in a hospital on December 21, and later found positive for the strain.
Health authorities have carried out contact-tracing for the health professionals taking care of the patient, the ministry said in a statement.
Any of their contacts that were seen as vulnerable would similarly be isolated, it said.
In addition to this first case, several other positive samples that “may suggest the VOC 202012/01 variant are being sequenced” by the specialist laboratories of the national Pasteur Institute, the statement added.
On Monday, France's health minister Olivier Veran had admitted that it was possible the newly discovered strain was already in the country.
Italian authorities have detected the new strain in a patient in Rome, while the World Health Organization reported that nine cases have been detected in Denmark and one each in the Netherlands and Australia.
Following the snap 48-hour ban this week, France had reopened its borders to the UK — partly to allow French citizens to return home, as well as to relieve the massive build-up of freight goods — but had instituted a testing policy.
France's interior ministry said Thursday that limits on travel from the UK will continue “until at least January 6”.
For now, only citizens of France or the EU, those with residency rights there or business travellers are allowed to make the crossing from the UK — if they can show a negative Covid-19 test less than three days old.
British Prime Minister Boris Johnson has said the new viral strain “may be up to 70 percent more transmissible than the original version of the disease”.
Ahead of Christmas British health minister Matt Hancock announced the expansion of strict lockdown measures across further parts of the south of England to contain the spread of the disease.
With more than 68,000 deaths from the virus, the United Kingdom is one of the hardest hit countries in Europe.

Recorded case numbers in France are now over 90,000 per day, with 133,000 recorded in the past 24 hours – this is a long way short of the 350,000 weekly cases recorded in January but still the highest since May and representing a steady an increase of 67 percent on the previous week.

Hospital admissions are also on the rise – up 32 percent from last week.

The Minister of Health, Brigitte Bourguignon, said she is “asking the French to wear masks on public transport once again” during an interview with RTL on Monday, June 27th and the Prime Minister Elisabeth Borne has also recommended this. She also recommended wearing a mask in all other enclosed crowded areas, as a “civic gesture.” However, she did not refer to the request as a government mandated obligation.

At present masks are not required, but are recommended, especially on busy services where it is impossible to practice social distancing. In recent days several public transport operators have changed their messaging from saying that masks are merely recommended to be ‘strongly recommended for the protection of everyone’.

A recent poll for the Journal du Dimanche newspaper showed that 71 percent of people are in favour of making masks compulsory on public transport again.