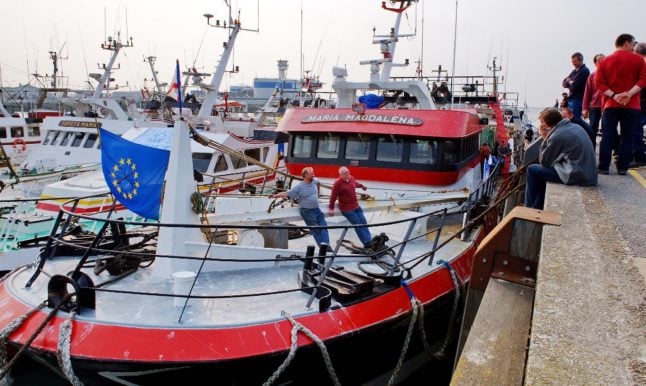 “It's a huge relief for fishermen — It's a win-win deal,” Olivier Lepretre, president of the fishing committee for the northern Hauts-de-France region, told AFP.

“We're going to lose some of our quotas, which is annoying but it's not a death knell,” he said.

Access to Britain's rich fishing waters was a major sticking point in the post-Brexit talks, and the agreement struck Thursday will require EU fishing vessels to relinquish 25 percent of their current quotas over the next five
and a half years.

After that, there will be annual negotiations on the amount of fish that EU vessels can take from British waters.

Reaching an accord was seen as vital for Boulogne-sur-Mer, France's largest fishing port, where some 5,000 jobs depend on an industry that generated revenues of 80 million euros ($97 million) last year.

“The biggest worry for fishermen in Hauts-de-France, as well as the entire sector, was that we would no longer have access to British waters. That is no longer the case,” Lepretre's vice president, Stephane Pinto, told France 3
television.

“Even if it isn't perfect, it seems we'll still be able to work — this gives us a little bit of visibility,” he told AFP.

The French government has also announced measures to support fishermen and fishmongers impacted by the deal, including up to 30,000 euros in individual aid over the coming years.