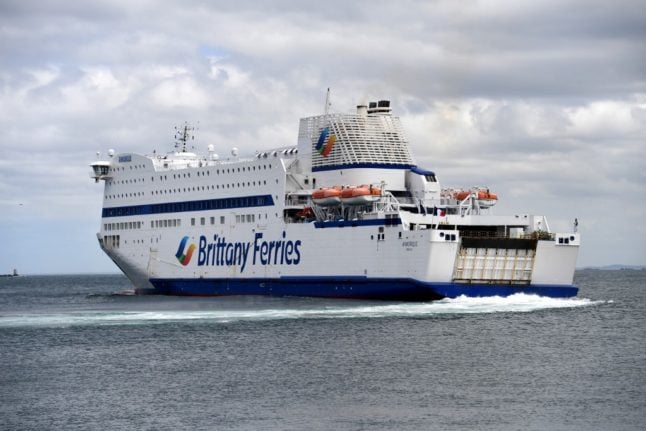 Britons who are resident in France before December 31st 2020 benefit from the provisions of the Withdrawal Agreement which gives broad-ranging guarantees that they can stay and work or retire here.

Those Britons who move in 2021 however, cannot take advantage of freedom of movement and will face new rules of entry to France. That means confronting the world of visas which includes financial requirements that not everyone can satisfy.

READ ALSO What are the differences between moving to France before and after December 31st?

When France closed its border to all arrivals from the UK over fears of the new Covid-19 strain, the plans of those people who had anticipated a last-minute move before the end of the Brexit transition period collapsed.

With ongoing uncertainty over entry to France for non-residents, it's now not clear whether they will be here in time for the December 31st deadline.

Two people caught in this anxious limbo are Catriona Taylor, 61, and her husband Martin Ellingham, 67, from Essex, who had planned to pick up the keys of their new French home next week.

The couple have bought a rural property in the Creuse département of central France and had an appointment with the notaire to complete the final paperwork and pick up the keys on December 30th.

Catriona said: “We were planning to travel on December 28th, we wanted one last Christmas in the UK before moving to France, but now we just don't know whether we will be able to travel or not.

“We have been getting PCR tests sorted in case that is a requirement for travel and I've been phoning and emailing everyone that I can think of, it's just a complete rollercoaster of up and down.

“I feel so angry that all this has been caused by the ineptitude of the British government – a situation that should have just been a domestic rule-change has now become this huge international situation.”

IT consultant Catriona, whose father was a French teacher, has long harboured a wish to move to France every since summers spent here as a teenager, but it was only after a three-week holiday over the summer that the couple decided to take the plunge.

She said: “I had always thought about moving to France and with everything that is happening to the UK with Brexit and everything I wasn't sure I wanted to live there any more and I certainly didn't want my taxes going to the current government.

“We were here for three weeks over the summer and it was lovely – my husband discovered that he can get the Test Match cricket (on the radio) so then he agreed!”

They initially signed for their house in September, but legal wrangles around adjoining land meant that they have not been able to finally complete the sale until December, just in time for the Brexit deadline.

Catriona said: “We just want to get there and get to our house, start doing it up and contributing to the local community in our new village.

“But now everything is uncertain.

“Martin had a small business that did a lot of sales to the EU which is now not viable, so we had already suffered from Brexit.”

The British Embassy in France said it had been contacted by others in Catriona's position.

“We understand the anxiety the current situation may be causing, and will continue to seek clarity from the French Government about how your rights will be respected,” the embassy said on Facebook.

The embassy added: “Under the Withdrawal Agreement, you need to be living in France by 31 December 2020, but you don't need to own your property or have a long-term rental contract. However, you want to be able to show you are settled here, or at least have the intention of settling here and have (ideally) started the necessary motions e.g. by applying for a bank account etc.

“The French authorities plan to take a flexible approach and have suggested that temporary accommodation in itself should not be a block to granting residency, as long as you can clearly demonstrate that you arrived no later than 31 December 2020 with the intention of settling.”

Has your last minute move to France before Brexit been thrown into doubt by the travel ban? Please let us know. Email [email protected]

Going through the toll booths on France’s motorway network now costs more – though the average 4.75 percent increase remains below inflation, and is lower than the price rise of between 7 percent and 8 percent predicted last September after Transport Minister Clément Beaune called for “reasonable increases”.

“We are well below the reference inflation rate of 6.33 percent,” Vinci Autoroutes, which manages nearly half of the French network, said in a statement.

Even so, motorists may not appreciate the motorway companies’ efforts to ease the effects of the cost of living crisis, as prices rise unevenly across the board.

Drivers heading between Lyon and Montpellier now have to pay an extra €1.90 to make their journey, up 6.7 percent on last year’s prices; and motorists will have to pay an additional €2.10 to make the five-hour journey along the A4 between Paris and Strasbourg.

In recent years, the annual rate of the annual increases has been lower. Tolls went up 2 percent on average last year, and just 0.44 percent in 2021. The annual increases are based on a formula that takes into account the rate of inflation and the amount of maintenance work undertaken, which is written into the motorway operators’ contracts with the government.

The stretches between Aubagne and Cassis (Bouches-du-Rhône) on the A50, between Villefranche-de-Lauragais and Toulouse sud (Haute-Garonne) on the A61, and between Orléans nord and Olivet (Loiret) on the A10, for example, will see no price increase.

According to Vinci, for every €10 in tolls, €4 is then paid to the government in taxes; €3.50 covers maintenance, modernisation and operating costs; and the remainder repays investors and services debts.

However, motorway operators are regularly singled out for the scale of their profits, recorded at €3.9 billion in 2021, 11 percent more than in 2019.

If you’re driving in French towns and cities, remember that you may need a Crit’Air sticker – full details HERE.