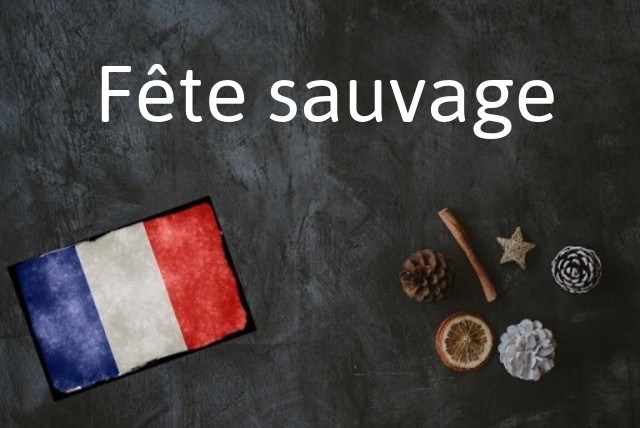 Why do I need to know fête sauvage?

This phrase is being used more and more in the news recently and it’s a phrase that’s extremely useful to know to detect if someone is breaking the Covid-19 rules.

Translated literally, fête sauvage means ‘wild party’ but it's not something you would use to describe an amazing night out.

The word sauvage can mean wild as in champignons sauvages (wild mushrooms) but it also has a secondary meaning of unathorised.

So in the context of the pandemic, a fête sauvage is an ‘illegal party’ or ‘unauthorised party’ and it refers to the parties people are holding that clearly go against the ban on large gatherings, the 8pm curfew and the social distancing rules.

The word sauvage is commonly used in the context of law-breaking, for example a rodéo sauvage is illegal street-racing, usually of motorbikes or scooters.

Fête sauvage is more used in the context of people describing the parties in disapproving terms, rather than the among the people who might have been invited, as this British mum of a bilingual teenager discovered.

Me to The Teenager: “Do you know anyone who has been to a fête sauvage?”

Me: Launches into explanation.

TT: “No one calls them a fête sauvage.”

Me: “So what do young people call them?”