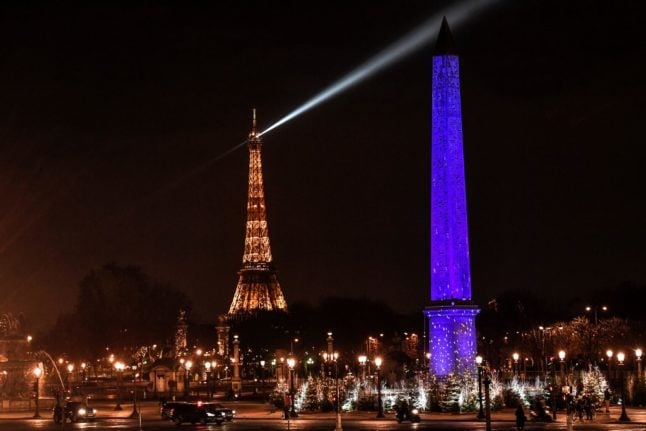 What can you do?

Travel to other bits of France – travel for any reason between regions is now allowed and there is no need for the attestation permission form on trips. There are no limits on staying with friends or family, in holiday rentals or in hotels.

Travel in or out of France – likewise international travel for non-essential reasons is now allowed. Entry to France is possible from all EU and Schengen zone countries. This includes the UK until December 31st, but after that travellers from the UK may be restricted again. There is no need to quarantine or be tested in advance when entering France, although airports and some train stations now have testing facilities in place.

If you are travelling from France, however, many countries have extra restrictions in for French arrivals – full details here.

Meet people – socialising is now allowed after being banned completely during lockdown. Unlike in other countries there are no 'bubbles' or rules on maximum households in France, although the government is recommending that people limit social interactions as much as possible (see below).

Exercise – after limits of 1km and then 20km, there are no limits on how how far from home you can go and long you can spend exercising. Children take part in indoor exercise but for adults sports centres and gyms remain closed.

Shop – all shops are open and there are no time limits on shopping, although shops have strict health protocols in place and a limit on customer numbers.

Drink vin chaud and look at Christmas lights – although bars are closed, plenty of stalls are now selling the seasonal treat of vin chaud (hot wine) and other drinks and snacks to take-away. Christmas lights and decorations are all up as normal so if you want a festive experience you can go and see the lights.

What can't you do?

Stay out after 8pm – there is a strict 8pm to 6am curfew and only in exceptional circumstances are you allowed out at night. If you are out, you will need an attestation permission form – full details on the rules here. The curfew is lifted on December 24th – the main day for family celebrations in France – but not on New Year's Eve.

Go to a bar – All bars, restaurants and cafés remain closed until at least January 20th, or longer depending on the health situation.

READ ALSO Calendar: These are the next key dates in France's lockdown plan

Go to the cinema, theatre or a museum – cultural sites, which were scheduled to open on December 15th, remain closed until at least January 7th.

Go to the gym – gyms and indoor sports centres remain closed for adults, although outdoor sports like tennis, golf and pétanque are allowed.

Go to the match – professional sports will be played behind closed doors until at least January.

Go downhill skiing – although it is possible to travel to a ski resort, the resort infrastructure like ski lifts will remain closed until at least January, ruling out skiing unless you fancy a long walk up the mountain. Another possible option for avid skiers is to ditch the downhill skis and go cross-country skiing instead.

Take off your mask – masks are compulsory in all enclosed public spaces in France while around 400 local authorities – which includes all the major cities – have also made masks compulsory in the street.

Gather in public – gatherings of more than 10 people in public places are not allowed, except for protests and demonstrations. Police will be enforcing the gathering rule, particularly on December 31st.

Meet the president – probably not on your holiday itinerary anyway, but French President Emmanuel Macron is self-isolating after testing positive for Covid-19.

What are you advised to do?

The above all relate to rules and you can be fined €135 for breaking rules around curfew and mask-wearing.

However there is also some advice that has been issued by the government.

Self-isolate before travel – the country's Scientific Council suggests that people self-isolate for eight days before travelling to meet friends or relatives, especially if you are meeting someone in a high-risk group. Children are allowed to miss the last few days of term if they need to self-isolate.

Apply barrier gestures – the consistent advice is that people should practice hygiene gestures whenever they meet up with others – keep 1.5m apart, wear a mask, wash hands regularly and refrain from kissing or shaking hands.

Wear a mask on family visits – the World Health Organisation advises wearing masks even inside the home if you are visiting someone in a high-risk group.