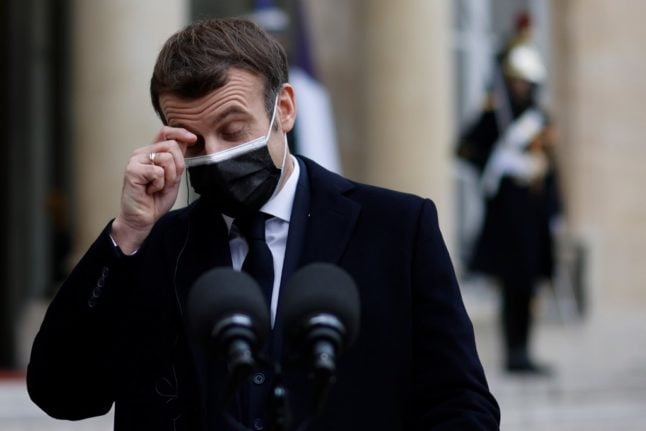 In a statement the Elysée Palace said that the president had tested positive for the virus after showing symptoms.

“The president tested positive for Covid-19 today (Thursday),” it said in a statement, adding he had been tested after the “onset of the first symptoms”.

Macron will now, in accordance with national regulations, “self isolate for seven days. He will continue to work and carry out his activities remotely,” it said.

The president, 42, had taken a PCR test and his office added that he had shown only mild symptoms.

The president will continue to work from self-isolation and several other ministers may also have to self-isolate as contact cases – the Prime Minister Jean Castex has already announced that he will self-isolate after being in contact with the president. Castex shows no symptom but will no longer be going to the French Senate Thursday to outline his government's vaccine strategy to combat Covid-19, his office said in a statement.

Anyone who has had recent contact with Macron will now have to self-isolate and take a test in seven days' time.

READ ALSO Who has to self-isolate after Macron's Covid diagnosis?

A planned trip to Lebanon next week had been cancelled.