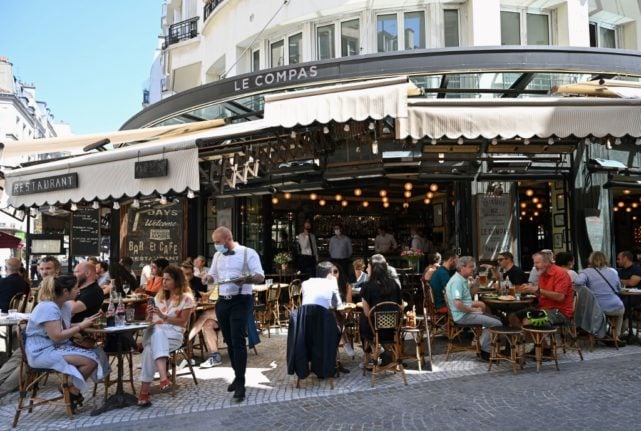 The latest study adds to evidence that socialising and eating out are far more dangerous than other activities such as using public transport or shopping.

Having guests over for dinner also plays a key role in transmission, the study found.

It comes as Europe and the Unites States in particular are grappling with surging infection rates and the start of a holiday season normally characterised by parties and family get-togethers.

Researchers from France's Institut Pasteur sought to find out which factors – like professions, mode of transport, places visited – differentiated participants who had contracted the virus from people who had not.

“We saw an increased risk associated with frequenting bars and restaurants,” said the lead author, Arnaud Fontanet, an epidemiologist and member of the scientific council guiding the government.

The study, called ComCor, has not been peer reviewed but has informed France's virus response.

It was carried out in October and November, during an initial period of curfew and then even tighter restrictions that saw most establishments partially or completely closed.

Fontanet told AFP that because bars and restaurants are not functioning as normal, it was difficult to gauge their exact role in transmission, and acknowledged that closing these businesses was a “sensitive” move.

French cafes and restaurants have remained closed even after nationwide restrictions were eased earlier this week.

ComCor researchers interviewed 3,400 people infected with Covid-19 and 1,700 others who did not have the virus.

They found that frequenting restaurants, bars or gyms was associated with an increased risk of infection, whereas using public transport and visiting shops were not. Restaurants in France reopened over the summer, although under strict health rules and mostly outdoor seating. Photo: AFP

Health authorities across the world have advised people to avoid crowded indoor spaces as scientists increasingly agree that the new coronavirus can travel in fine clouds of particles known as aerosols that can collect in poorly ventilated rooms.

A September survey by the US Centers for Disease Control and Prevention found that adults with positive coronavirus test results were about twice as likely to report having eaten at a restaurant in the previous two weeks than those with negative results.

In November, a study in the journal Nature found that restaurants, gyms and cafes account for most Covid-19 infections in the United States.

Using mobile phone data from 98 million people, researchers found about 10 percent of venues accounted for more than 80 percent of cases.

It showed that “meals play a central role in these contaminations”, as people sat close to each other without masks.

“If people have friendly dinners at their homes rather than going to a restaurant, it doesn't make a difference.”

The researchers stressed the importance of organising such gatherings in “the safest way possible” to protect vulnerable people over the holidays.