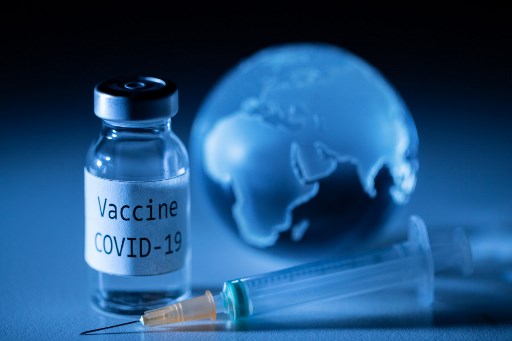 Will France begin vaccine in the next two weeks already? Photo: AFP

Speaking to the lower house of French parliament, the prime minister said the vaccine “could be carried out from the last week of December,” if “all conditions are met”.

“We have favoured the most advanced vaccines, Moderna and Pfizer, others could arrive in the coming months despite the uncertainties,” he said.

The French government has ordered a total of around 200 million doses, which would be enough to inoculate 100 million people. The country has a population of just under 70 million.

France will receive around 1.16 million Covid-19 vaccine doses by year end, Castex said, adding another 2.3 million will arrive in the next two months.

The prime minister also confirmed that vulnerable people would be the first ones to get the jab in France and that the general population would have to wait until a later phase of the vaccine programme.

“By targeting the most vulnerable groups, we are seeking to reduce mortality due to Covid-19 and prevent hospitalisations and, in particular, admissions into intensive care wards,” he said, adding:

“It is only at the end of spring that we will open the vaccination programme to the entire population.”

Castex said that the start of the vaccine campaign was conditional on approval from the European Medicines Agency, expected on December 21st.

France's Health Minister Olivier Véran previously laid out a detailed timetable for vaccinations, and the order they would be offered.

France's health authority, Haute Autorité de Santé, would publish advice on the conditions for giving out the vaccine, Castex said.
Another problem for the French authorities is that according to an opinion poll, only 53 percent of people want to be vaccinated, among the lowest rates in the world.
EXPLAINED: Why is France debating making the Covid-19 vaccine compulsory?
“We must remember that if a vaccine is authorised, it is only at the end of a rigorous procedure of tests and evaluations, both at the European and national levels,” Castex said.
He assured that the government will “be much more transparent in this phase of the epidemic's management,” after authorities came under fire over the distribution of tests and masks earlier in the year.
France on Tuesday ended its second virus lockdown but that has been replaced by an overnight curfew from 8pm.
Over 59,000 people have died of coronavirus since the start of the pandemic, according to official figures.