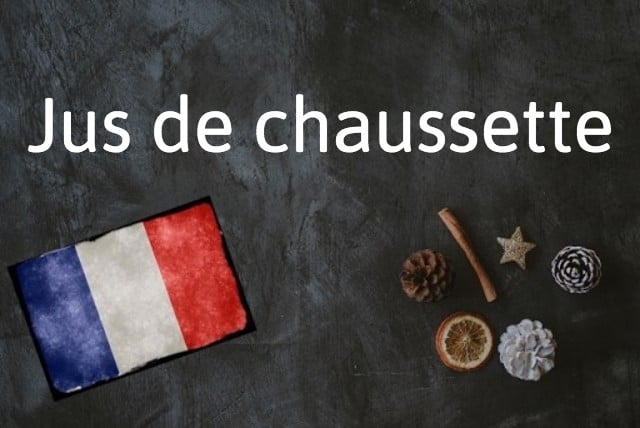 Why do I need to know jus de chaussette?

It's a common, colloquial expression with a fascinating backstory, but which sounds quite odd when you don't know what it means.

Jus de chaussette is not however what the French call sweaty, smelly feet, but rather that a drink is weak – to the point that it tastes bad.

According to French online dictionary l’Internaute, the expression “implies that the liquid was not made with the necessary ingredients for the preparation of the beverage.”

It is a is a colloquial expression most commonly used about coffee – usually the brew from bad vending machines – which also was the drink at the origin of the expression.

At the end of the 19th Century, during the Franco-German war in the 1870s, soldiers lacking filters to brew their coffee used their socks instead.

The result was, the story goes, disgusting.

Jus de chaussette can also be used about something that's not edible, but that – figuratively speaking – leaves a bad aftertaste in the mouth.

Say you make a deal with someone and have to give up something that is important to you, or act contrary to your own values, tu as l'impression d'avoir avalé du jus de chaussette – you feel like you just drank sock juice.

On a bu leur jus de chaussette dégoûtant sans rien dire. – We drank their disgustingly weak coffee without saying anything.

Avec cet accord de paix on a l’impression d’avoir ingurgité un jus de chaussette. – This peace accord makes us feel like we just chugged sock juice.