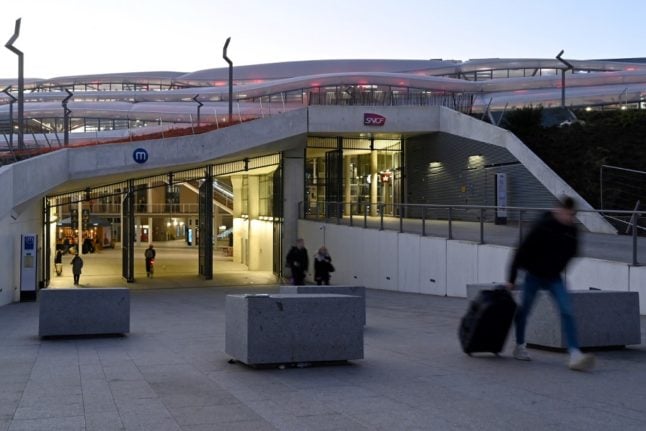 The plan announced by French Prime Minister Jean Castex last week is a slightly tweaked version of the original plan, reflecting the fact that case numbers in France remain higher than the government had hoped.

So although some restrictions have been scrapped, others remain in place and some new ones have been added.

This is the big one. Previously, every trip outside the home required both an essential reason and an attestation permission form, but from Tuesday this restriction is lifted and people are allowed out for any reason, for as long as they like. Filling out the form before leaving home is no longer necessary.

Trips out to visit friends and family have not been counted as 'essential' reasons during lockdown, but from Tuesday this is again possible, although the government is advising people to keep gatherings to a minimum. Six adults is the recommended maximum for gatherings, although this is a recommendation and not a rule.

Both international travel and travel to different regions of France are again possible for non-essential reasons, so tourists and second home owners can again visit France, and people can travel to see relatives and friends in other parts of the country or other countries.

There are no restrictions on entering France if you are coming from within the EU, the Schengen zone or (until January 1st) the UK, but plenty of countries have restrictions in place for people arriving from France – full details HERE.

READ ALSO Who will be able to travel to France over Christmas?

Under 18s will can again take part in sports in indoor areas, although sports centres and gyms for adults will remain closed until January.

Visits to the country's Ehpad nursing homes will again be possible, albeit with a strict health and testing protocol in place.

But as some restrictions lift, a new one is added.

The curfew covers the whole of mainland France and runs from 8pm and 6am and everyone must stay at home between these hours.

There are only a few reasons to be out during curfew, and these are stricter than the rules for leaving home during lockdown. Shopping and exercise are not accepted reasons for being out (although dog owners can still take their pet out for a late-night walk and comfort break).

People who are travelling to France and arrive at or after 8pm are allowed to travel onwards to their final destination, but should keep tickets handy in case of a police check.

Everyone who is out during curfew hours needs an attestation, this is not the same form as the one required during lockdown, but a new form which is available HERE from December 15th. It is also available via the TousAntiCovid app.

READ ALSO This is how France's nationwide curfew will operate

There are also some rules that remain in place

Cultural centres had been due to reopen on December 15th, but this has now been delayed in light of the health situation. These will now stay closed until at least January 7th.

There was never any intention to reopen these in time for Christmas and they stay closed until at least January 20th.

Ski resorts also stay closed until January. Although it will be possible to travel to resorts in the Alps or Pyrenees, ski lifts and other infrastructure will remain closed, largely ruling out skiiing holidays.

The mask rules remain the same – masks are compulsory in all indoor public spaces in France, while many areas also have local rules in place mandating masks in the street and other outdoor public places as well – these include all of the big cities and around 400 smaller towns and communes.

The standard health recommendations remain in place, physical distancing, hand-washing and avoiding kissing or handshakes, particularly with people in high-risk groups such as the elderly.

Anyone caught breaking the rules still in place faces a €135 fine.