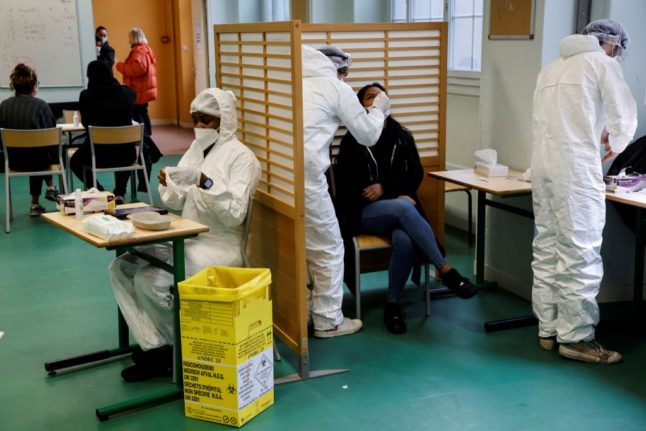 The mass testing programme was announced last week by Health Minister Olivier Véran and begins on Monday, December 14th. Here's what is happening and why.

Four areas have been selected for the testing programme. They are Le Havre in Normandy, Charleville-Mézières in the Belgian border département of Ardennes, Roubaix on the outskirts of Lille and Saint-Etienne in the Loire département.

Testing begins in Le Havre and Charleville-Mézières on Monday, December 14th and runs until the end of the week, followed by Roubaix and Saint-Etienne from January 11th for a week.

In Charleville-Mézières there will also be extra testing sessions in the run-up to Christmas (December 21st to 23rd) and New Year (December 28th to 30th). What will the testing involve?

New walk-in and drive-in centres will be set up and everyone in the area will be encouraged to be tested. Le Havre has around 50 sites taking part in the trial, while Charleville-Mézières has around 80.

The tests are not compulsory, but health authorities are estimating that around 15 to 20 percent of the towns' populations will come forward to be tested – around 35,000 people in Le Havre and 9,000 people in Charleville-Mézières.

Both antigen tests and PCR tests will be on offer – the antigen test offers results immediately but is generally considered less reliable, while the PCR test is more reliable but has to be sent away to a laboratory to be processed and generally takes around 48 hours to get results.

People will be given the choice of the type of test they take.

As with all testing in France, the tests are free.

Why those four places?

All four areas are places that have been badly hit during the second wave of the epidemic with high case numbers and pressure on health services.

Their local authorities volunteered to be part of the trial, and the health ministry has tried to select a variety of demographics, from big cities like Le Havre to an urban conurbation of smaller towns.

What about people who don't live in those four places?

Testing is still available in France, although the laboratoires are on an appointment-only basis while some of the walk-in centres are prioritising people with symptoms or contact cases.

At present the advice is that people should only get tested if they have symptoms, if they are contacted as a contact trace or if they believe they have been in contact with someone who has the virus. For the full breakdown of how testing works, click HERE.

There is also an increasing number of pharmacies offering the quick-result antigen test on a walk-in basis.

Here's what Véran said about whether people should get one of those types of test before travelling at Christmas.

The health ministry will then assess how well the trials have gone and either roll out more mass testing sites or use the trials as a blueprint to bring in temporary mass-testing in areas which have high numbers of cases.