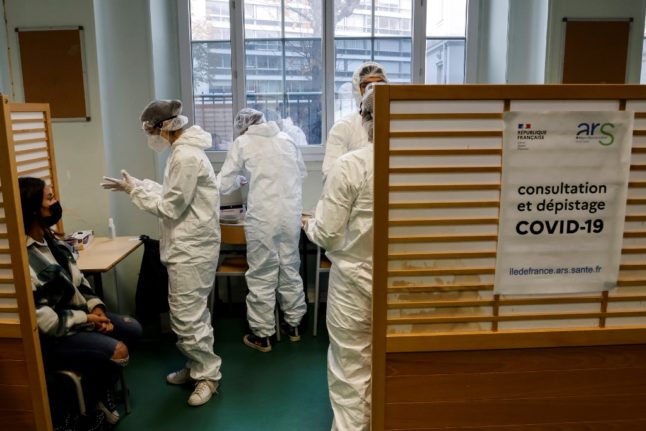 A mass-testing programme began in some French cities on December 14th. Photo: AFP

Tomorrow marks ‘D-Day’ in France when lockdown is lifted, but a lot of rules are still in place and some new ones have been added – here’s everything you need to know.

It will mean that travel is again possible for some people and that second-home owners from Europe can visit France again.

And starting today was a mass-testing programme that is being trialled in several French towns and cities.

But the next phase – the planned reopening of bars, restaurants, cinemas theatres and museums in January – is ‘not certain’, the country’s finance minister has warned.

But there was some good Brexit-related news (no, really) as an agreement was reached to make travelling between the UK and France with pets a lot less complicated.

Tributes have been paid around France today to Gérard Houllier former manager of the French French national football team as well as Ligue 1 clubs Lyon and PSG – although he also won a place in many British hearts as manager of Liverpool FC where he helped transform the club and won a treble in 2001, including the Uefa cup.

Our French phrase of the day is a handy little phrase for when you’re chatting about changes large or small.

And if you’re in France you won’t have failed to notice a frankly incredible amount of seafood flooding into the shops, but do you know the origin of this festive tradition?