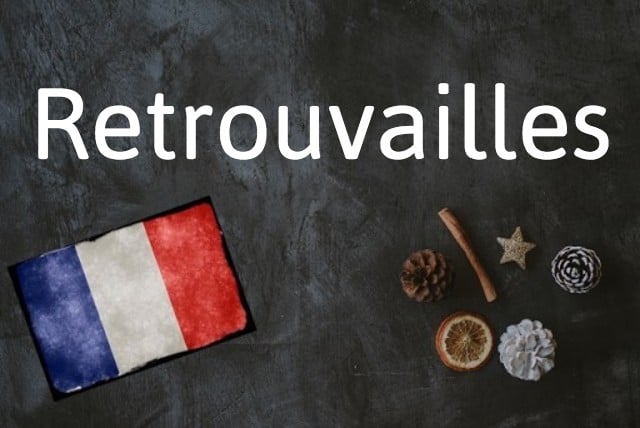 Why do I need to know this?

It's been on everyone's lips in France lately, and last night the French government confirmed that we will get it for Christmas. Plus it's a generally useful expression.

Retrouvailles is probably best translated to 'reunion' in English. French online dictionary l'Internaute defines it as “meeting one person or several people after being separated from them”.

It comes from the French verb retrouver, which is directly translated as 'to find again'. Trouver means 'to find', re means 'again'.

However, se retrouver does not mean you're out looking for a friend in the woods – unless that's where you said you would meet.

On se retrouve au restaurant ? – Shall we meet up at the restaurant?

Des retrouvailles is always plural, even if you are talking about 'one reunion'.

Here in France, everyone has been talking about whether the government would scrap the planned retrouvailles en famille (family reunions) for the coming Christmas holiday, fearing opening for inter-regional travel and letting celebrations go ahead as planned would cause a third wave of Covid-19 infections before the second was over.

Last night the French government said the retrouvailles could go ahead as planned.

On a tous très hâte des retrouvailles familiales pour Noël. – We are all very excited for the Christmas family reunions.

Le gouvernement français a priorisé la joie des retrouvailles familiales des vacances, au risque d'une troisième vague Covid. – The French government has prioritised the joy of family reunions during the holidays, at the risk of a third wave of Covid.

I am imagining 2021 will be like the airport scenes in Love, Actually. #COVID19 #LoveActually pic.twitter.com/iNtVixyKIL