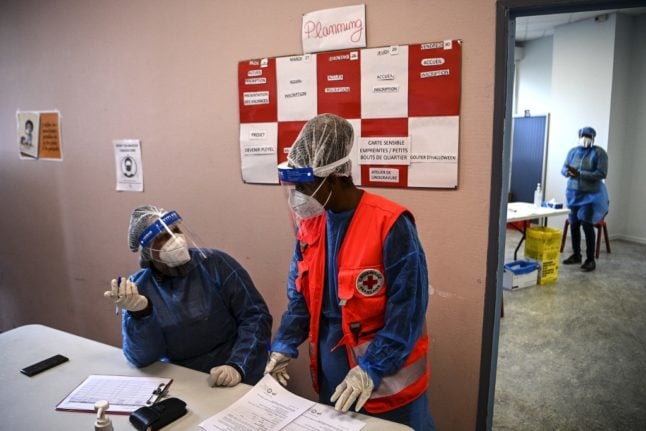 France is today digesting the full detail of the Prime Minister’s much anticipated announcement last night – in which he revealed that France will lift its lockdown on December 15th, despite missing targets on case numbers, but with extra restrictions in place.

So France will be lifting its lockdown despite missing targets, but with extra restrictions
?? Lockdown lifts from December 15
?? 8pm curfew in place
?? Cinemas, theatres etc will not open as planned
?? Travel between regions allowed https://t.co/UMg8y2Q48g

This means that people who were planning a trip to France over the holidays can come, and within France people can travel to see friends and relatives.

However there will be a strict, nationwide curfew from 8pm and cinemas, theatres and museums will not reopen as planned.

We’ve picked out 9 graphs from the briefing that best demonstrate the overall health situation in France now, and the health minister also addressed the question of whether people should get tested before they travel.

Our French word of the day is a cheery little phrase that people may now be looking forward to.

And if you're looking to hone your French pronunciation, you definitely need to check out this fun video clip.

What is more French than that? Even if you don’t speak French, wait 15s and you’ll be rewarded… pic.twitter.com/oCFwkaFubq

The US magazine Time has unveiled its person of the year, but the Guardian of the Year is a very familiar figure in France – Assa Traoré. You can read the story of Assa and her brother Adama here.

When French police killed her little brother, Assa Traoré vowed that his death would not be a minor news item.

“We have a power and that power is to go to the streets, and demand that the discrimination and the police brutality must be stopped” #TIMEPOY https://t.co/ZRyfe2OS7G pic.twitter.com/st8raE1FOq

We’re looking at the French government’s plan for some of the poorest areas of the country, the banlieues on the outskirts of major cities, and just how much of this new investment announced is really new.

If you're in the mood for a movie tonight, Lost in Frenchlation is streaming an English-subtitled version of the French film Police, a particularly timely topic in France at present.

If you're based in France and have a background in social media – we're hiring.