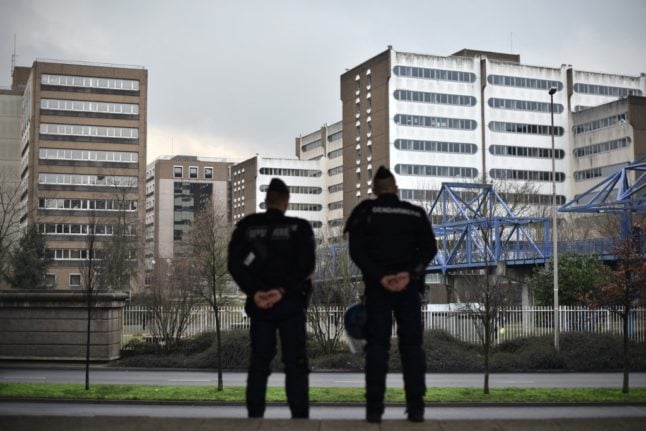 When Macron first proposed his new law to crack down on the 'separatism' that can lead to extremism, he made an important admission.

“We have created our own form of separatism,” he said on October 2nd, in a speech in Les Mureaux, a suburb far west of Paris.

“We have created districts where the promises of the Republic are no longer kept.”

Macron announced urgent new initiatives to improve life in the banlieues, without which he said they would remain a “fertile soil” for extremist, Islamist propaganda.

Home to several generations of immigrants, the outskirts of cities in France, known as banlieues, struggle with higher levels of poverty, crime and social challenges than the rest of France.

While the problem is nothing new, it has barely improved in the past decade, concluded to a recent report by the Cour de comptes published earlier this month.

The growing threat of Islamist terrorism since the 2010s revealed the impoverished banlieues as especially vulnerable to radical Islamist influences.

Yet since that key speech from Macron, the discourse around the bill has all centred on measures the French government can take to crackdown on separatism practiced by others.

When Prime Minister Jean Castex on Wednesday presented the government’s new draft law to fight religious extremism, the “Law to strengthen republican principles” (formerly known as the “Law against separatism”), a softer promise followed the vow to crack down on those preaching radical ideologies.

ANALYSIS: What is actually contained in France's new law against Islamic extremism?

“We are also going to build more social housing, better administered throughout the territory, in order to break with the logic of ghettos, whether they are ghettos of the rich or ghettos of the poor,” Castex said during Tuesday's press conference. A deprived housing facility in Monfermeil, one of the poorest areas outside Paris. Photo: AFP

What is the government doing?

In a press statement sent out on Wednesday, the government outlined how it was “mobilising all levels of public action to strengthen the Republican pact where public services are most expected.”

Spanning education reinforcement to housing and justice reform, the government pointed to several points through which this was done, such as strengthening school support and investing €10 billion in “urban renewal” projects to “transform 450 neighbourhoods”, according to a press statement sent out on Wednesday.

This is not, however, new. The €10 billion to renovate urban areas were decided on long ago, at the beginning of Macron's presidency.

Referring to the government's hefty relaunch plan of €100 billion to save the country's economy from the downturn caused by the Covid-19 health crisis, they said “no ambitious measures have been taken to respond to the social and economic distress affecting our municipalities”.

“In view of the current situation, it is clear that the ambition you had formulated to “change the face of our neighbourhoods (…) by the end of the five-year term” has fizzled out,” the mayors wrote. Macron at a visit focussing on urban planning in Clichy, north of Paris, in November 2017. Photo: AFP

So what is new?

In the plan sent out on Wednesday, the government promised to “reinforce the justice system and the police where the need for proximity is greatest”.

Following a string of police brutality cases over the past weeks, Macron will embark on tricky talks with police unions and local representatives in January 2021 to improve the relationship between police and communities.

ANALYSIS How did France's relationship with its own police get so bad?

The government will also create an additional 300 France Service establishments, which are public institutions that provide advice on financial issues, health insurance, pensions and other social services such as unemployment aid.

The government had previously promised to create 2,000 such establishments before 2022.

He did not specify when the government when these suggestions would become public.