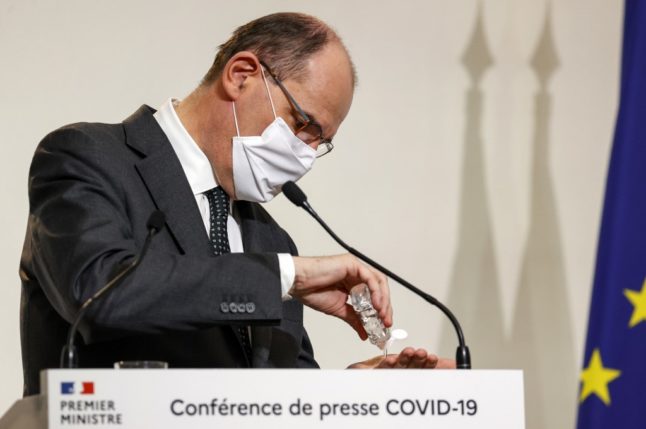 France had initially hoped to be able to lift many of its lockdown rules on December 15th – allowing people to travel to visit friends and family over the holidays – followed by a reopening of bars and gyms on January 20th.

However all this depended on cases falling to 5,000 a day, a target that the government now judge 'impossible'.

Instead Prime Minister Jean Castex announced on Thursday evening that while some restrictions will be lifted, other will stay in place and an 8pm curfew will be introduced.

“We know that the gatherings over the holidays present a risk.

“For all these reasons we need to keep our guard up, stay vigilant. . . and let everyone benefit from the holidays, but without risking provoking an epidemic resurgence.”

The prime minister called on everyone to continue to work from home if possible, stay home as much as possible and limit social gatherings. Castex said: “The conditions for reopening cultural centres are unfortunately not met. These are mainly cinemas, theatres and museums, but also sports establishments that receive public, circuses, zoos or even gaming rooms and casinos.

“I know how much the cultural sector has prepared to reopen. . . This decision was especially painful, believe us.”

However travel between regions – and in and out of France – will be allowed from December 15th for all reasons including holidays and family visits.

An attestation will be needed for all trips out of the home during curfew hours and people found out at night without a form risk a €135 fine.

For the full rules on the curfew – click here.

On the subject of Christmas, the prime minister said that people could travel to see relatives, but urged people to keep gatherings small – France's recommended limit is six adults – and warned that too many gatherings could lead to a third wave of cases – and third lockdown – in January.

Health minister Olivier Véran warned that although cases were no longer rising, a resurgence could happen very quickly. He said there were two major risk factors; the cold damp weather which has driven everyone indoors and the end-of-year holidays which will see an increase in socialising.

“One person is hospitalised every minute still with Covid. Case numbers are decreasing, but the decrease is slowing down.

“This past 24 hours a Covid patient has been admitted into intensive care every seven minutes.

“The risk is that seriously ill cases will increase again.”