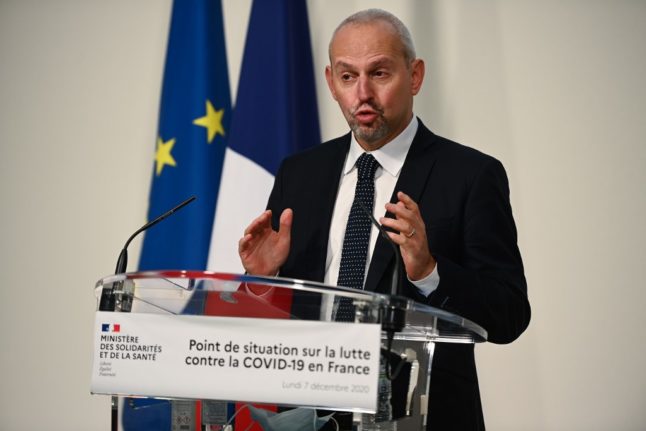 President Emmanuel Macron has promised to end the lockdown on December 15th, but only if the second wave of coronavirus infections is brought within the 5,000 cases mark.

But his goal of lifting the restrictions on travel in time for the year-end holidays appeared in jeopardy on Monday, with senior health official Jérôme Salomon saying the government's targets would be “very hard” to meet.

“Despite all our efforts, we are still faced with a high risk of a rebound in the epidemic,” Salomon told a press conference, noting that the number of new infections had not fallen for several days and France was “still far off from its objective of getting under the threshold of 5,000 cases a day”.

But the fall has tapered off in recent days.

(The chart below from Our World in Data shows how the drop in cases in France has stagnated.) On Sunday, France recorded 11,022 new infections over the previous 24 hours. On Monday, the number was 3,198, but there is usually a weekend lag in reporting resulting in numbers dropping on Mondays.

READ ALSO: Lockdown lifting: What kind of Christmas can we expect in France this year

In hospital intensive care wards, the number of patients stood at 3,210 – above the target of 3,000 maximum, although that number was continuing its steady decrease from nearly 5,000 mid November to the current level. Intensive care numbers lag around two-to-three weeks behind case numbers due to the incubation time of the virus.

France entered a second lockdown on October 30th. The restrictions were eased somewhat on November 28th, when businesses selling “non-essential” goods and services, such as bookshops and hairdressers, were allowed to reopen.

Everyone in France still has to fill out attestations (permission forms) whenever they leave their home.

READ ALSO Calendar: The next key dates in France's lockdown

Bars and restaurants remain closed and will not reopen on December 15th even if the government does decide to ahead with lifting the lockdown. Macron has outlined a later reopening for these on January 20th, but again only if the number of new cases remains below 5,000 per day.

The total death toll in France since the beginning of the pandemic stood at 55,521 on Monday, 38,362 of these were hospital deaths and the remaining deaths occurred in institutions like nursing homes (Ehpad).