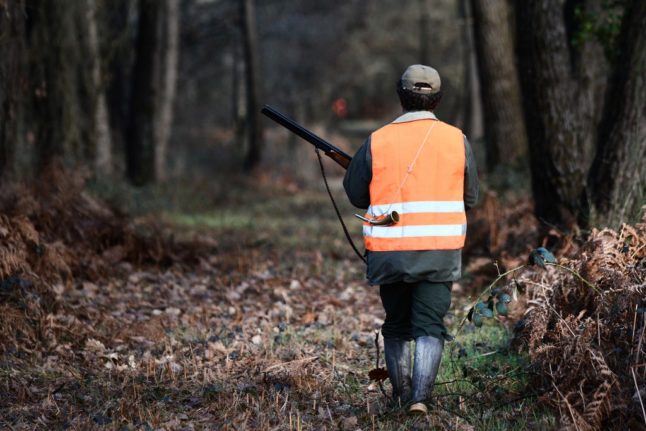 Whereas in the UK the hunt is seen as an aristocratic pastime in France, La Chasse, is inevitably the right and preserve of every French citizen and must therefore be defended against the squeamish, liberal bleeding hearts of people ‘who don’t understand the countryside’.

I understand tradition, and I understand its importance especially in rural France which often feels cut off from a Paris-centric world.

Nor do I want to sound like one of those people who moves near an airport and then starts a campaign about noise on the flightpath.

We live in what was once royal hunting territory and what is now the hunting territory of the people, it’s almost sacred. And I knew all of that before I moved here obviously, my wife’s family were big in the local chasse community, so I not only knew about the tradition, but regularly enjoyed the benefits with a freezer full of venison and sanglier (wild boar).

But tradition is a funny old thing, I mean Tuberculosis was a tradition in France, and we seem to get by without that.

But in the first month of living here, one Sunday erupted in ceaseless gunfire and we were surrounded by hunters blasting off just yards from the house.

It was terrifying. My four-year-old son even picked up his Star Wars light sabre and went running out into the large garden crying vengeance. I ran after him, tackled him to the ground and dragged him indoors. It was like Saving Private Ryan. There’s nothing we can do about it, we told ourselves. We’re newcomers here, outsiders. This is their tradition and we just have to suck that up.

And for a few years we tried just that, but increasingly it wore us down. It wasn’t just the noise, it was the proximity to our property; the hunters would literally park on our land too. Every year they’d get closer, knowing that we would say nothing, so close in fact you could literally smell their Cognac laced breath.

Drinking and driving is always a touchy subject in France, but nobody ever really discusses Drinking and wandering around with a half-cocked 12 bore shotgun, which to me is just as lethal.

We had also become aware of the cynical nature of hunting locally. Far from controlling the local wildlife and the ‘damage’ it wrought, the sanglier were deliberately fed and fattened, breeding encouraged for the sole purpose of hunting. One very early morning I even saw a van deposit hundreds of young pheasant and partridge into the woods, again to boost the numbers and make the later hunt seem viable.

As with everything in France, it’s important to know the rules. Not just so you feel informed, but that you’re aware when they get broken or twisted, which they inevitably will.

We found out that the hunters should not be parking on our property without permission, and nor should they be shooting within 150 metres of our property. The problem then was how to approach the head of the local chasse, our next door neighbour and owner of all the land, except our parcel, as far as the eye could see, without causing a rumpus? Watch out for signs telling you the hunt is in your area. Photo: AFP

Then one Wednesday all Hell broke loose.

Our property was surrounded again and they were literally shooting across our garden.

The children and my wife had gone indoors in fear, and I returned home to the sound of carnage.

Our neighbour approached me to apologise. He knew that they’d got carried away and, trying make amends he said, ‘those birds that dropped in your garden, you can keep them if you like.’

To say that that was inadequate would be an understatement and my wife confronted our neighbour at the next opportunity. She cited the 150 metre rule which he dismissed by saying it meant nothing as they were allowed within 150 metres ‘if they were shooting away from the house.’ You couldn’t have been shooting away from the house, she said, and produced a poor dead partridge as incontrovertible evidence.

Bang to rights, he muttered some thinly veiled threat along the lines of ‘if he ever saw our children on his land…’ and drove off.

It worked though, and the hunters no longer come anywhere near our property. We heard the odd peel of gunfire during lockdown but hunting with guns isn’t really something you can do surreptitiously, add to which the new Health and Safety rules mean that gone are the traditional green tweeds of the hunt and in their place are luminous orange jackets and baseball caps, like they’ve been dressed by safety conscious mothers or have escaped from Guantanamo Bay.

The hunting lobby is a powerful one though, regularly courted by a President who needs to keep the rural population on his side.

The secret is to know your rights, and be aware of the rules governing the hunt. And if they are being broken, man the barricades and stand up to the bullies, I mean there’s no bigger French tradition than that.