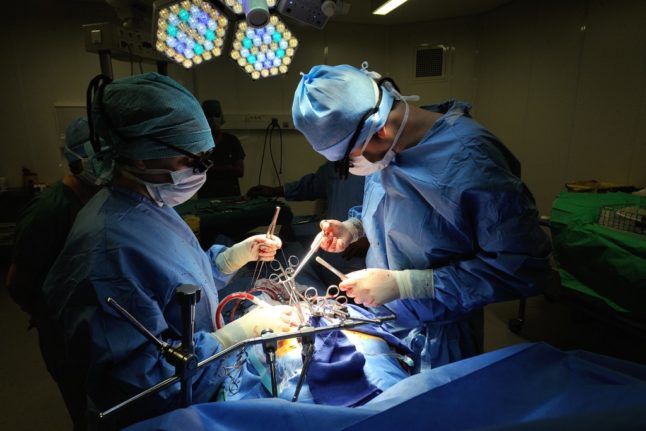 Make sure you're covered if you have a medical emergency while travelling. Photo: AFP

The European Health Insurance Card was the mechanism by which British people who needed medical treatment while abroad in the EU could get their costs paid, via an agreement in which all EU member states refund the cost of medical treatment abroad for their members.

From January 1st, when the transition period ends and the UK leaves the EU, this card will no longer work for most British people – and UK-resident Brits travelling to Europe on holiday will need to take out health insurance or travel insurance in the same way that they do when travelling to non-European destinations.

Who needs to swap?

This affects British people who are resident in France and are not pensioners or students.

Anyone who holds an S1, the document held by pensioners which means the the UK pays their medical costs, is still entitled to a UK-issued EHIC – although they need to apply for a new one before December 31st – find out more here.

Everyone else needs to apply, if they have not already done so, for a Carte européenne d'assurance maladie (CEAM) – which is the French-issued equivalent of the EHIC.

Many people who are registered within the French system will already have one of these and if you have, there is no need to swap it for a new one.

How do you get the French CEAM card?

In good news, this is one French bureaucratic task that is actually pretty straightforward.

First you need to be registered in the French health system – you will need to be this before January 1st anyway, even if you aren't planning on travelling, and most people will have done so by now but if you haven't – here's how.

If you are registered you need to log on to your online Ameli account at ameli.fr. Once you are logged in, select the mes informations section and about halfway down is the CEAM card. If you already have one it will tell you when it is valid until, if you don't click on the link to request one.

The card will then be posted out to the address that Ameli holds for you.

What does a CEAM do?

The CEAM works in the same way as the EHIC – it entitles you to emergency medical treatment if you fall sick or get injured anywhere in the EU.

It's intended for emergency cover only, so there are things that it doesn't cover and it won't cover the cost of medical repatriation, so people who travel a lot are generally advised to also get travel insurance.