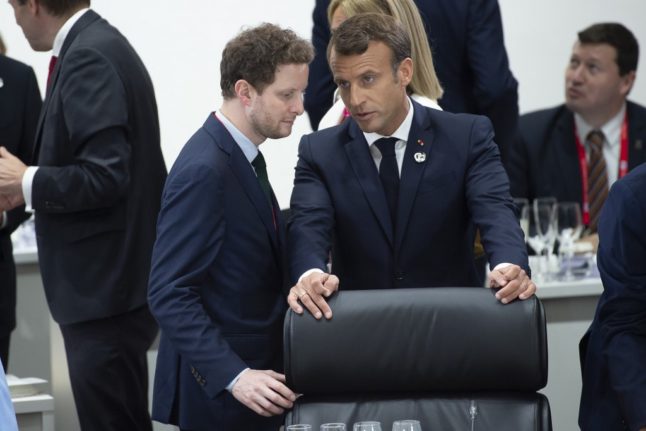 “If there's a deal that isn't a good one, we'd oppose it,” Beaune told Europe 1 radio, adding that “every country has the right to veto” whatever emerges from the last-ditch Brexit talks going on in London.

“We have to prepare for a risk of no deal but this is not what we want,” Beaune said.

“I still hope that we can have an agreement but we will not accept a bad deal for France. If there was an agreement and it was not good, we would oppose it with a right of veto.”

Beaune warned that the risk of a no deal situation “exists” and that “we need to be prepared”.

“But I want to believe that we can have a deal and a good deal,” he said.

Negotiators on both sides are working day and night to agree on a deal in time to be ratified before December 31, when Britain will no longer be bound by EU single market rules under the terms of a post-Brexit transition.

But with the deadline looming, some of the EU's 27 member states — led by France and the Netherlands — fear the EU Commission is ready to give too many concessions, especially on fishing, to win a deal.

On a visit to northern France on Thursday, Prime Minister Jean Castex had said French fishing would not be “sacrificed” for the sake of a deal.

“We obviously hope to obtain an agreement under the best possible conditions, but not under any conditions,” Castex said.

Earlier this week the minister for Europe warned that French fishermen must not be sidelined in post-Brexit talks.

He said London and Brussels were “still very far from agreement” on the trade issues.

“Our fishermen are no less important than theirs and they didn't have the right to vote in the referendum,” European Affairs Minister Clement Beaune told reporters on a visit to Madrid.

He was referring to the weekend's last-ditch trade talks between Britain and the EU in London at which British foreign minister Dominic Raab said fishing rights remaining an “outstanding major bone of contention”.

“We are still very far from an agreement,” he said with just one month and a day left until the transition period ends and Britain leaves Europe's trade and customs area.

Should the parties fail to reach an agreement, trade would be switched to World Trade Organization terms, causing economic chaos with tariffs immediately imposed on goods and customs checks required at borders.

And Beaune ruled out the idea that “one country should law down the law”, he said, referring to Britain.

“There can be no agreement unless there is one that gives sustainable and wide-ranging access to British waters,” he insisted, echoing Raab in saying fishing rights was one of the main sticking points.

A no-deal scenario or “a bad fishing agreement” would have a knock-on effect on all fishing policies in Europe, and risk harming “a carefully-designed trade balance”.

“Our terms are known, they are not new,” he said, pledging to “try again” to reach a deal so French fishing business would knew where they stand on January 1.

“We have a bit of time left but still a long way to go and if the UK believes that (limited) time left works in its favour as it has in the past few years, that is not the case,” he warned.