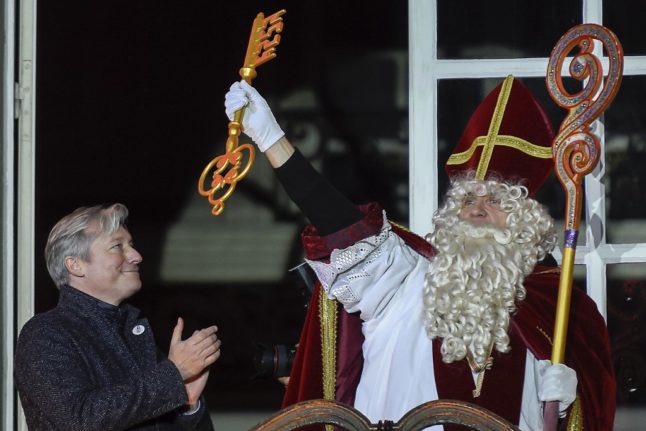 France’s health minister last night laid out the detailed timetable for Covid-19 vaccines, which will begin in January and operate on a priority system with the most vulnerable being given the jab first.

All vaccines will be free and “no-one is obliged to be vaccinated” said Olivier Véran – here’s how it will work.

The prime minister has also suggested that we limit festive dinners to six people.

And if you live in France you might have had a text message on Wednesday from the government asking you to download the Covid tracking app. This was a genuine message, but there have been some scams circulating since, so any texts purporting to be from the government after that should be ignored.

The January sales have been postponed, it has been announced, in order to help out struggling retailers. Sales in France are highly regulated with dates set by the government and discounting only allowed in very specific circumstances outside official sales periods.

As Brexit talks drag on, France’s rather feisty Europe minister Clément Beaune has warned that the government could veto any deal that is bad for France.

Speaking of Brexit, British pensioners and students living in France are reminded that they need to apply for a new EHIC card before the end of the year.

This weekend is Saint-Nicolas Day – here’s how the festival is celebrated in France and why you should be eating gingerbread on Sunday. Our French phrase of the day is related to the festival, but also has a wider meaning.

For keen cooks, 12 of France's best-known chefs have revealed their favourite recipes (link in French).

And once France lifts its lockdown (on December 15th if the health situation allows) international travel will again be possible – but a lot of countries still have restrictions in place for travellers from France, here’s a roundup of where you can go. And for all the latest on travel in and out of France, head to our Travelling to France section.