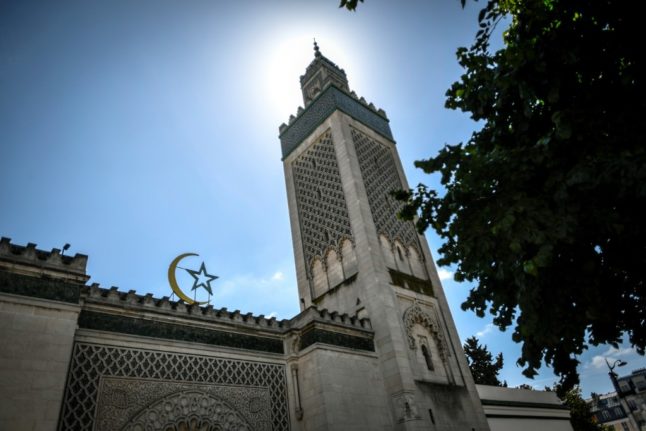 Darmanin told RTL radio that if any prayer hall was found to promote extremism it would be closed down.

However the minister did not specify who would be conducting the inspections or how they would judge 'extremism'.

The inspections to be carried out on Thursday afternoon are part of a response to two gruesome attacks that particularly shocked France – the beheading of a teacher who showed his pupils cartoons of the Prophet Mohammed and the stabbing to death of three people in a church in Nice.

Darmanin did not reveal which places of worship would be inspected. In a note he sent to regional security chiefs, seen by AFP, he listed 16 addresses in the Paris region and 60 others around the country.

The right-wing minister told RTL said the fact that only a fraction of the around 2,600 Muslim places of worship in France were suspected of peddling radical theories showed “we are far from a situation of widespread radicalisation”.

“Nearly all Muslims in France respect the laws of the Republic and are hurt by that (radicalisation),” he said.

The killing of teacher Samuel Paty, who had shown his pupils cartoons of Mohammed in a class on free speech, sent shockwaves through France, where it was seen as an attack on the republic itself.

In the aftermath of his murder the authorities raided dozens of Islamic sports groups, charities and associations suspected of promoting extremism.

They also ordered the temporary closure of a mosque near Paris that shared a vitriolic video inciting hatred of Paty.

The latest inspections come as Darmanin attempts to fend off fierce criticism over cases of police brutality caught on camera that have forced the ruling party to revise a controversial  bill restricting filming of the police.

Tens of thousands of people took to the streets around France at the weekend to protest over the bill, heavily backed by the minister, that critics say threatens freedom of expression.

The minister was also on Wednesday summoned himself by a judge, as part of a long-running rape investigation of which he is the subject.