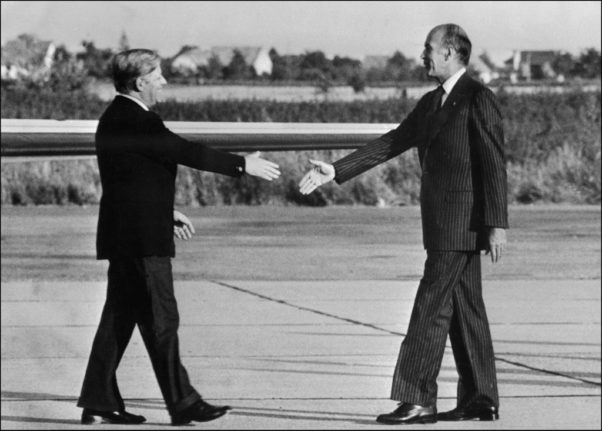 France today said goodbye to ex-President Valéry Giscard-d'Estaing, who died at the age of 94.

Among other things, VGE (as his rather cumbersome name was frequently shortened to) was responsible for expanding the TGV network and France’s nuclear energy programme, lowering the voting age and legalising abortion.

Although the French press seem more interested in whether he really had an affair with Princess Diana.

He's been lauded as a great statesman and European – although the French frequently hail their presidents as great statesmen once they die, after roundly despising them during their term in office – but he doesn't seem to have collected as many pithy one-liners and microphone gaffes as ex leader Jacques Chirac.

To young and too foreign to know how important #ValeryGiscarddEstaing was to ?? (and ??). But I'm always in awe over how much French people love their presidents – once they're dead. Alive they're worthless.https://t.co/1jG56R7Srr

Last week President Emmanuel Macron laid out the timetable for lifting France’s lockdown, but made it clear that none of this will happen if certain targets are not met.

With less than two weeks to go until the intended date, we crunch the numbers and examine whether the targets are likely to be met.

France has also unveiled its strategy for the Covid-19 vaccine, but we look at why high levels of vaccine-scepticism in France may be the government’s biggest obstacle to mass vaccination.

Our French phrase of the day explains why a French person might suggest that you ‘shout cock-a-doodle-do’.

And following the latest in a long line of public conversations about police violence, our columnist John Lichfield is looking at the historical and structural reasons behind the increasingly terrible relationship between the French public and the country’s police forces.