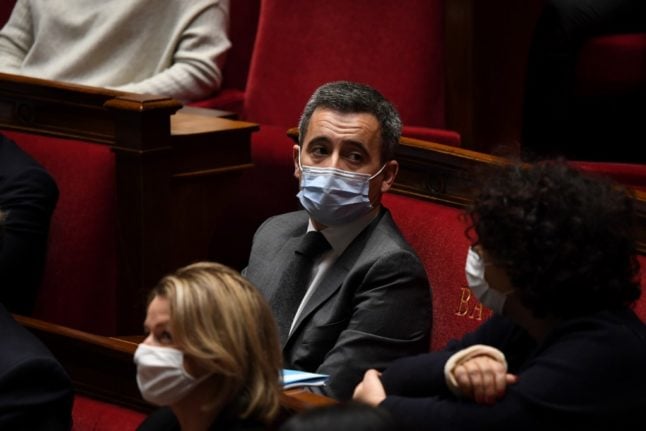 The minister was summoned on Tuesday by a judge as a material witness in a long-running rape case against him.

The hearing was postponed on the request of his lawyers due to a due to a “major professional constraint”.

No charges were laid against the minister and no date was given for the rescheduled hearing.

What is the allegation?

He is accused of raping a woman in 2009 after she sought his help to have a criminal record expunged while he was a legal affairs adviser with the UMP, the ancestor of France's main right-wing party, the Republicans.

Darmanin maintains they had consensual sex.

What stage is the case at?

The case has been thrown out multiple times, but in June 2020 appeal judges in Paris ordered a new investigation after the woman approached France's highest court.

It is this new investigation that summoned Darmanin as a témoin assisté (material witness) into the allegations against him.

Will this affect his position as interior minister?

The case had already been reopened when, in July, Darmanin was promoted from junior finance minister to interior minister.

There were widespread protests over his appointment at the time, and questions whether someone under investigation for rape allegations can and should be the country's “top cop.” As interior minister, Darmanin is nominally in charge of the country's police forces.

A member of Macron's team defended the appointment by telling AFP the criminal case was evolving “in the right direction” and “presented no obstacle” to Darmanin's elevation.

President Emmanuel Macron explained on French television that he had a “relationship of trust, man-to-man” with Darmanin, a phrase many criticised for being tone deaf.

What does Darmanin say?

The minister himself has strongly denied the allegation of rape, saying the sexual encounter was consensual.

Darmanin himself has complained of a “manhunt” and told a regional newspaper that it was hard for a falsely accused person to explain to their parents “what happened because, it's true, I lived a young man's life.”

The woman also accuses Darmanin of sexual harassment and abuse of power, while he has filed a libel complaint against her in return.

The allegations are not the first against Darmanin – a woman accused him of using his position as mayor of the northern city of Tourcoing to seek sexual favours from 2014 to 2017, though prosecutors dismissed the case.