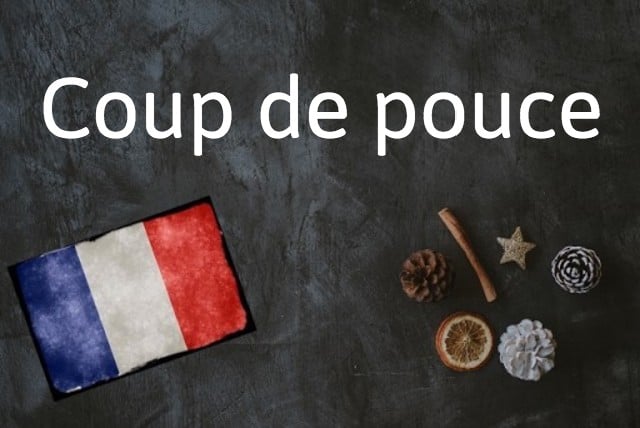 Why do I need t know coup de pouce?

Because it's common and there's no good literal English translation.

Coup is a versatile French word that can mean a lot of different things depending on the context, while pouce is French for 'thumb'.

READ ALSO: The French word that can mean a drink, a punch, a helping hand and much more beside

Literally coup de pouce therefore translates as 'stroke of thumb', 'blow of thumb' or 'knock of thumb' – none of which makes a lot of sense.

But the expression coup de pouce really refers to giving someone or something a 'boost', 'nudge' or 'helping hand', although coupe de main is more common for the latter.

Coup de pouce is often used about financial aid or economic situations, combined with the verb donner (to give).

Donner un coup de pouce – to give a helping hand/ to boost.

For example, the French government has set in place a bike repair scheme called Coup de pouce vélo (Bike boost), which aims to get more commuters to pick the bike over other means of transport to get around.

READ ALSO: How to get €50 to cover the cost of your bike repairs in France