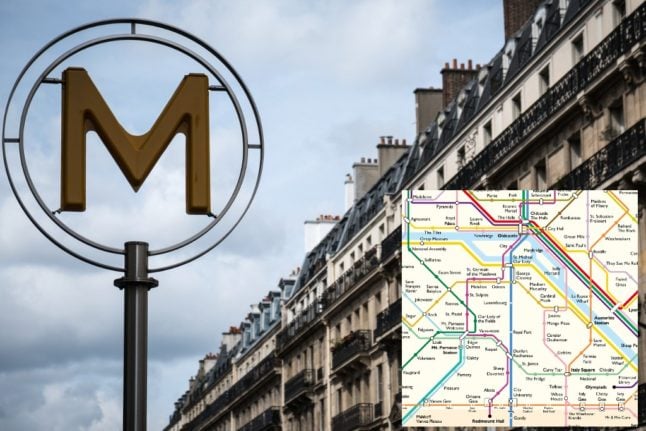 The newly translated map – which takes one of two linguistic liberties but is also very funny, is the brainchild of MetroMash.

Since 2012 MetroMash has created English versions of the metro in Copenhagen, Oslo, Stockholm and Berlin.

They've now turned their attention to Paris, with such gems as Cannonball Street, Sheep Duvernet, The Skinner and Beards. You might know these locations better as Rue des Boulets, Mouton Duvernet, Le Peletier and Bourse. “We are not rigorous with our logic or translations, preferring to take the route of 'most fun' where possible.”

All their maps had received both applause and criticism, although the French turned out to be the most severe judges in their feedback on the map, Russel said.

“We find this incredibly funny since it sits precisely with our notion of the uptight and disinterested, too-chic-to-laugh Parisian stereotype,” he said. “They're mostly angry at our mistreatment of their sacred history.”

However the map did not appear overnight. It was a result of two weeks of research, translation and verification together with French-speakers, followed by another two weeks to recreate the map.

“The payoff is when it gets released and the feedback (both joyous and hateful) starts to come in. That's when the real fun starts,” Russel said.