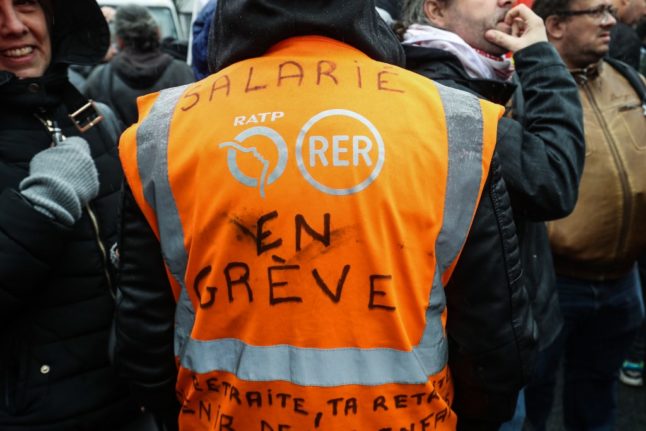 If strikes are back, does that mean things are going back to normal in France? Photo: AFP

Transport unions in Paris have called for a one-day strike, scheduled just after France is set (all things being well) to emerge from lockdown.

The dispute is over planned privatisation of parts of the Paris public transport network.

The French government announced yesterday evening that it would be ‘rewriting’ the highly controversial Article 24, which proposes restrictions on filming police officers and sparked enormous protests around France over the weekend.

The article is just one of the things on president Emmanuel Macron’s increasingly daunting to-do list – these are the biggest challenges he (and France) faces in 2021.

Over the Channel, certain sections of the British press appear to have just noticed that Brexit will affect British people.

1. There are no ‘new rules'. The rules stay the same; Britain’s status is changing.

2. 52% of Brits voted to surrender their rights, encouraged by… the Telegraph and the Mail.

Obviously readers of The Local already knew that, but if you have become slightly lost over the last four years of twists and turns (and who could blame you?) here’s our quick guide to what changes for residents, tourists and second-home owners.

We’ve also been asked by several people for an explanation of how the 90-day rule works, so voilà.

Back to more cheerful topics and our correspondent from south west France explains the weird and secretive world of trading in truffles, also known as ‘black diamonds’.

And for our members there is also the chance to win a copy of the author’s book – click here to enter.

The French “petite souris” is better than the tooth fairy although in our house the mouse is a rat from Place Stalingrad and he doesn't leave money he leaves half a slice of bread. Learn about France in this new series from @ingribergo and @LocalFR_Emma https://t.co/YMm9DZYPNm

And here is the first entry in our virtual advent calendar – every day until December 24th we will be bringing you a person or thing that has a particular significance in France. Today is la petite souris.