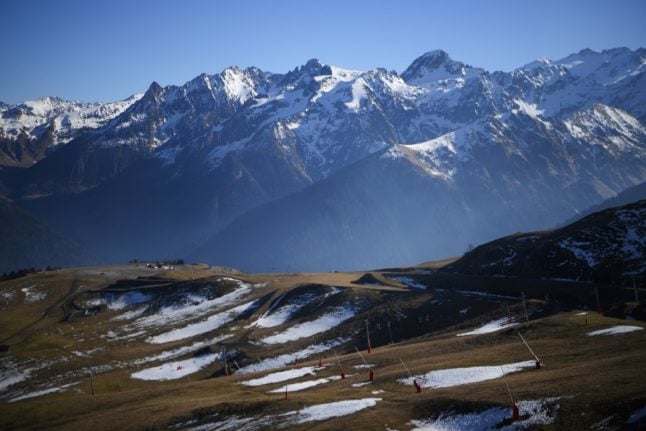 A photo of the French Pyrenees mountains, in southwestern France. Illustration photo: AFP

Esther Dingley has not been heard from since sending a WhatsApp message on November 22nd, having driven to the Spanish side of the mountains before French authorities imposed a second coronavirus lockdown at the end of October.

Dingley planned a hike around the Salvaguardia peak, spending one night at a refuge on the French side, according to Pierre Guillard of France's PGHM mountain police patrol.

Her boyfriend Dan Colegate, who had remained in France, alerted the Spanish authorities last Wednesday after several days with no news.

Police on both sides of the border began extensive searches with help from a helicopter, but Guillard said they had not seen any sign of Dingley or her yellow tent.

He added that chances of finding her alive were low given the cold at the altitude – Salvaguardia reaches 2,738 metres (8,983 feet).

Dingley and Colegate have been travelling by camper van throughout Europe for the past six years, according to a BBC profile of the couple published a week ago.

Colegate told the BBC he was currently house-sitting at a vineyard in Gascony, France, while Dingley had taken the camper van.

“We realised that during the coronavirus we had not been apart from each other for a year so decided to each just do our own thing for a bit,” he said.