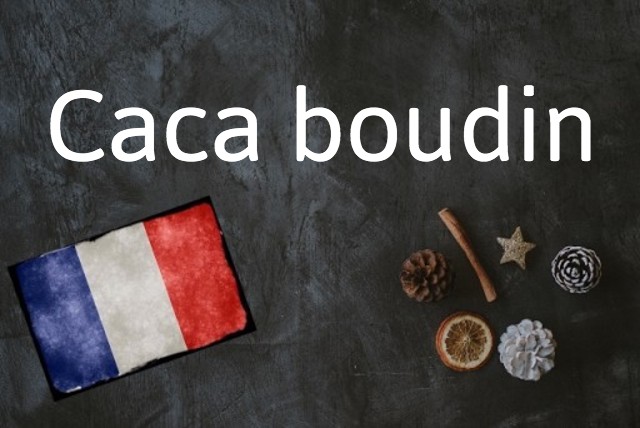 Why do I need to know caca boudin?

It's a key expression to know for parents with children in French schools, but it's also also helpful if you want a really childish insult for someone.

Directly translated, caca boudin means 'poo sausage'. Caca is the French term for 'poo', while boudin is the blood sausage many consider a delicacy in France.

Whatever one's feelings about the boudin might be, when combined with caca, it becomes an insult that is similar to 'poo head' in English.

French children are the most eager users of this gros mot (swear word), and it's not uncommon for young kids who just started maternelle (pre school) to shout out caca boudin to show their discontent.

READ ALSO: The words you need to know if you have children in France

French adults too have picked up caca boudin, even if putain, merde and mince all are probably more common insults.

If a child (or an adult) howls caca boudin it means they don't like something, be it the steamed broccoli at the dinner table, or the country's interior minister (see photo below).

French Interior Minister Gérald Darmanin is definitely not the most popular politician in France right now, but – to his own misfortune – his name also rhymes with boudin.

During Saturday's protest against the controversial security law that was passed in French parliament last week but still is subject to ferocious debate, at least two placards (the one above and the one in the picture below) compared Darmanin to caca boudin:

There's not a lot of ways to go here, usually caca boudin is used as an interjection:

Caca boudin can also refer to the act of throwing a tantrum:

S'il n'a pas ce qu'il veut à Noël, il va encore faire son caca boudin. – If he doesn't get what he wants for Christmas he will throw another tantrum.