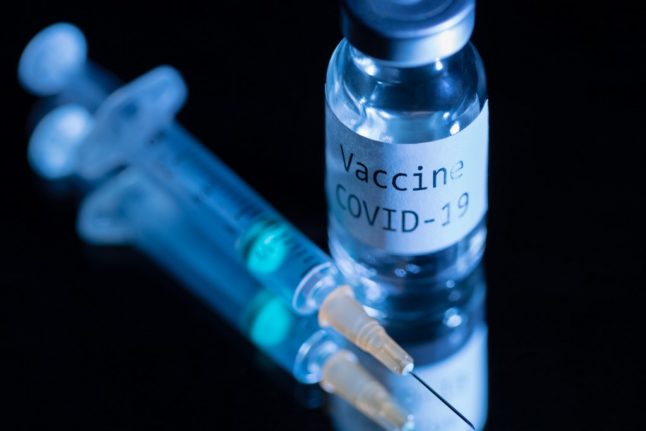 As countries around the world place bulk orders for the newly-developed Covid-19 vaccines, France's Haut Autorité de Santé health authority has unveiled its recommendation for a 5-stage process for rolling out the vaccine, starting with the most vulnerable.

Here's what we know so far about the French strategy;

There had been some discussion over whether to make the vaccine compulsory in France, given the country's historically high level of vaccine-scepticism. A poll for the Journal du Dimanche newspaper this weekend found that 59 percent of French people said they do not intend to get vaccinated.

However, President Emmanuel Macron ruled this out in his most recent TV address to the nation, saying plainly: “I will not make the vaccine compulsory”.

The strategy outlined by Haute Autorité de Santé creates five groups of people according to their priority level for the vaccine. This is a recommendation and the final decision lies with the government

This is the big question, but at this stage the exact timeframe is not clear as countries scramble to secure adequate stocks of the vaccine, while several vaccines still need to go through further stages of testing and peer-review before they can be released for use.

Macron had initially said he hoped to begin in late December or early January for the most vulnerable groups, but later said that the widespread vaccination campaign will start between April and June 2021.

Haute Autorité de Santé says it has released the priority plan “given the limited number of doses that will be available at the start of the vaccination campaign”.

Both the World Health Organisation and the EU's health authority have said that spring 2021 is a realistic date for the start of widespread vaccination campaign rollouts.

No detail was released on how the vaccine will be given, but it is likely that it will follow a similar pattern to the normal winter flu vaccination campaign where the jabs can be administered by doctors or certain pharmacists.

People who fall into a priority group are sent a voucher or code by health authority Ameli which they then take to their doctor of pharmacist to have the vaccine administered.

The practicalities may depend on which vaccine is used, as the one developed by Pfizer/BioNTech has to be stored at -70C, which presents considerable logistical difficulties outside a hospital environment.