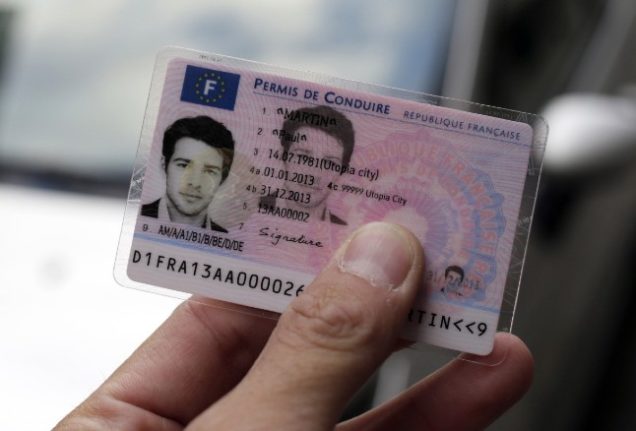 The issue of whether British driving licences will be accepted after Brexit has been a long and complicated saga, with contrary advice being issued at different times.

Thousands of people did so, completely overwhelming officials in the small department at Nantes préfecture which processes all requests for foreign licence exchanges. It resulted in a massive backlog of applications.

However now, all British nationals have been told that from January 1st 2021 they will need to exchange their licence after all.

They will be given until December 31st 2021 to make the application.

This applies only to British people living in France, not tourists.

Kim Cranstoun, who runs the Facebook group Applying for a French Driving Licence, which offers detailed advice and guidance on the process, said everyone should not rush at once to apply.

She said: “CERT (who process the applications) want people to exercise caution and not to apply all at the same time, you have 12 months to apply for your exchange.

“If everyone applies again at the same time we could end up with the same position we were in early 2018 where we broke the system.”

The huge backlog of applications in 2018 left many people waiting for months or even years for their licence, and some people's licence expired while they waited, leaving them unable to drive.

Kim added: “A UK or Northern Ireland driving licence will not be made invalid from January 1st, 2021.

“However, it will now be compulsory to exchange your licence from January 1st 2021 – but you have until December 31st 2021 to make your application.

“The exchange of a UK or NI licence is still currently the same criteria until the end of the year.”

The process to make the swap has now moved online, which people who have used it say is a considerably simpler and more streamlined process.

Applications can now only be made online, there is no option for a postal application but some préfectures are offering help with the application for people who have limited internet access.

READ ALSO – 'It's so much easier': The process for swapping driving licences moves online

However The Local understands that the CERT office has not been given any extra staff to process all the applications from British people, so there are fears of more long backlogs.

This may also affect non-British people who need to swap their licence for a French one, since the same office processes all applications.

Between now and January 1st the ONLY people who need to swap their licence are full time residents who fulfil one of the following criteria;

After January 1st all full-time residents will need to swap their licence, but need to fulfil these criteria

Unlike the residency process which accepts a variety of documents as proof of length of residency, the driving licence exchange requirement are quite specific.

If you don't have the correct documents you application is likely to be rejected, so it is better to wait and acquire the documents you need before applying.

The proof of residency for 185 days or more can be either;

You will also be asked to supply scanned copies of

For full details on the process and requirements for different categories, head to the Facebook group Applying for a French Driving Licence and read the documents section which gives a detail guide and translation for the whole process.