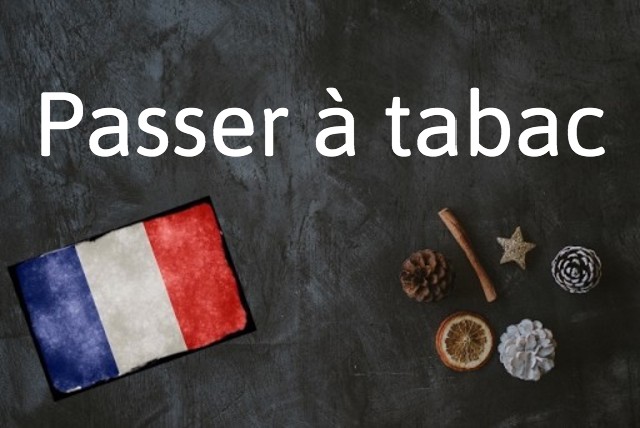 Why do I need to know passer à tabac?

Because it's all over the news right now and can be quite confusing if you translate it directly.

Passer means ‘to pass’ and a tabac is usually known in France as the local corner store that sells tobacco, magazines and candy. Often the tabac is equipped with a coffee stand and bar with a TV showing the news or today’s horse race.

READ ALSO: Why the tabac is essential to life in France – even if you don't smoke

However, passer à tabac has nothing to do with passing by the tabac to get some smokes.

Passer au tabac really means 'to violently beat someone up'. Other English equivalents are 'to kick in', or 'to beat to a pulp'.

You might have heard it on French radio or read it in the news today, as it's been widely used by French media to describe a video showing police beating up a music producer in Paris last Saturday.

In this case, the term often used is le passage à tabac, so 'the beating up of', referring to the incident that happened.

Oddly for such a distinctive phrase, there's no agreed explanation on how the blameless tabac came to be associated with a violent assault.

Back in the day, French sailors would use a coup de tabac to refer to strong wind gusts at sea.

According to online dictionary Internaute, tabac took the meaning of coup (a punch) sometime in the 15th century, but it doesn't say exactly how it turned into the full expression passer à tabac.

It may have something to do with the similar-sounding tabasser – ‘to beat up’ or 'clobber'.