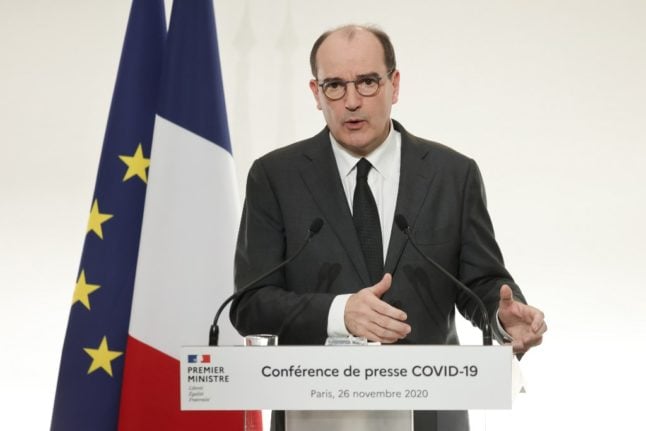 Prime Minister Jean Castex is one of the few people in government with a regional accent. Photo: AFP

The text, overwhelmingly adopted by 98 votes to 3, adds accent discrimination – known as glottophobie in French – to the list of causes of actionable discrimination, along with racism, sexism and discrimination against the disabled.

The maximum penalty proposed in the new legislation is three years' imprisonment and a fine of €45,000.

The law, proposed by centre-right deputy Christophe Euzet, was the subject of animated debate in the house, despite the overwhelming vote.

READ ALSO Why all the snobbery in France around regional accents?

“At a time when the 'visible' minorities benefit from the legitimate attention of public authorities, the 'audible' minorities are the main forgotten people of the social contract based on equality,” Euzet argued.

Maina Sage, deputy for French Polynesia, spoke of the difficulties that can be encountered by people, like her, speaking with an accent from outside the French mainland.

Patricia Miralles, the daughter of North Africans, spoke of the “mockery” that she encountered in her younger days over her Algerian accent, which she briefly reprised in the parliamentary chamber.

Other members of parliament denounced the fact that too many broadcasters with a strong accent get pigeonholed into reporting on rugby or reading the weather bulletin.

On the other hand, Jean Lassalle, of the opposition Libertes et territoires party which includes Corsican nationalists, voted against the text.

“I'm not asking for charity, I'm not demanding to be protected because I am who I am,” he said in his strong southwest France accent.

Justice Minister Eric Dupond-Moretti, a former lawyer, said he was “very convinced” about the need for the new law.

Last month Jean-Luc Melenchon, leader of the far-left France Insoumise (France Unbowed) movement, was caught on camera being rude to a journalist with a southern accent who asked him a question at the National Assembly.

“Can someone ask me a question in French? And (make it) a bit more understandable…,” Melenchon said then, addressing a group of reporters in a video clip which was widely circulated on social media.

The prime minister, Jean Castex, has a south west accent which was patronisingly referred to in some French media at the time of his appointment as “a bit rugby” – referring to the fact that most TV rugby commentators come from France's rugby heartlands in the south west.