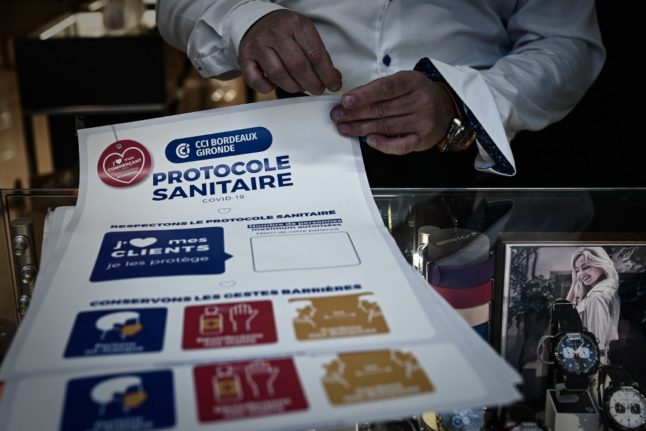 Most of France is this afternoon limbering up for either shopping or exercising (or both) as ‘non essential’ shops reopen and exercise limits are widened from 1km on Saturday.

This is the first stage of the loosening of lockdown. If the health data permits, attestation permission forms will be scrapped from December 15th. In the meantime, here are the new rules on shopping and exercise from tomorrow.

Also planned for tomorrow are dozens of protests across France as pressure grows over the government’s controversial bid to restrict publishing video of police. Click here for the interactive map giving details of demonstrations in your area.

Anger is also growing over both the bill itself and the appalling video of Paris police officers beating a black music producer – Macron has declared himself ‘shocked’ by the film and summoned the interior minister for talks.

And our French expression of the day is one that has been frequently used about the video, but it’s a confusing one if you don’t know the history.

It’s not the cheapest place to live, but the southern French city of Montpellier has a lot of other things going for it  including 300 days of sunshine a year, a young population and job opportunities – here’s 7 reasons you might want to move there.

The French parliament has passed a bill banning discrimination on the grounds of a person’s accent – although sadly this doesn’t make it illegal for French people to laugh at our mispronunciations.

France might like to style itself as the Republic where everyone is equal, but in fact accent discrimination – known as glottophobie in French – is a real thing, even the Prime Minister Jean Castex was mocked for his south west accent when he first took up the role this summer.

Film
And for some Friday content – this video shows the workings of La Poste's 'Father Christmas office' – any letter posted anywhere in France addressed to Père Noël is sent here where a team of 'elves' (aka La Poste employees) read it and reply.

A peek into letters sent to #Santa in #France ?? shows the #coronavirus pandemic has taken a toll on #children's #Christmas spirit ??

As @erinogun reports, kids have asked #santa for face masks, well-wishes and instructed him to deliver gifts in respect of health guidelines ⤵️ pic.twitter.com/POkJUvhiok

And speaking of films, Lost in Frenchlation, a cinema group that regularly screens French films with English subtitles in Paris, is hosting its first virtual screening tonight at 8pm.

The film is called À cœur battant (The End of Love) and tells the story of a couple that must embark on a long distance relationship with conversations reduced to video calls.

Tickets cost €5 and can be found here.