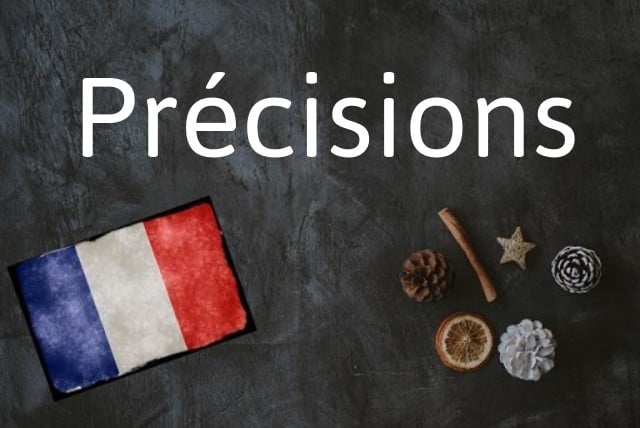 Why do I need to know précisions?

Because they're a key aspect of daily life and they also don't have quite the same meaning in English.

It means, as English-speakers would probably guess, a clarification. But whereas in English precision is a quality, in French une précision can be a noun.

Précisions are particularly important right now, but are a regular feature of life in France around rules or regulations.

The lockdown announcements in France have generally followed the same pattern – someone, usually the president, makes an announcement about the broad framework of the new rules and then a couple of days later ministers and/or the prime minister offer fuller details. And it's these more detailed briefings or statements that are known as précisions.

Or, as in the headline below 'What to remember about the government's clarifications after Emmanuel Macron's speech'

Because it sounds so similar to the English word and has more-or-less the same meaning, don't be surprised if French people speaking English ask you 'Have you read the precisions on exercise?'

In fact after a while you'll probably start adopting it yourself.

Précision can also be used in the same way as the English word precision.