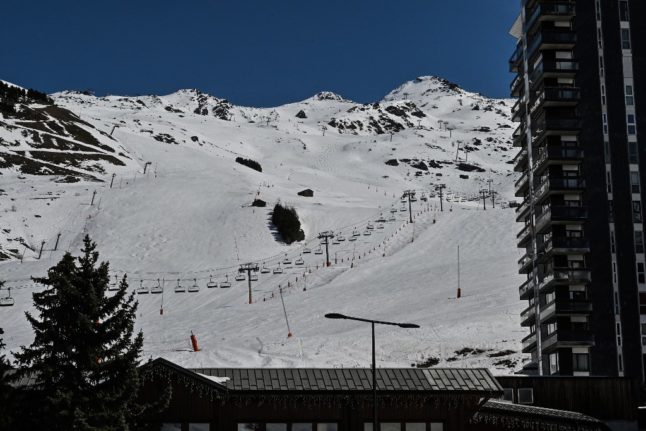 Ski slopes in France will be able to receive visitors this year. Photo: AFP

Ahead of the reopening of ‘non-essential’ shops (and hairdressers) on Saturday, French Prime Minister Jean Castex has laid out the new health rules they will have to follow, including strict limits on customer numbers.

With a requirement of 8 square metres per customer, will we be back to queuing outside shops as in the spring?

The government has also clarified that Alpine resorts will be able to accept bookings over the Christmas holidays – but ski lifts will remain closed, effectively ruling out most winter sports.

“Naturally, everybody is free to travel to resorts to enjoy the clean air of our beautiful mountains,” said Castex.

You can keep up with the latest rules and when they change on our lockdown calendar. And our French word of the day is one you’ll really need right now to stay fully abreast.

France’s interior minister has ordered the suspension of police officers caught on camera beating a music producer – the case has raised (more) questions about the new law that could ban the publishing of video of French police officers.

The footage, shown in the tweet below, really is not for the faint-hearted.

Meanwhile four school pupils have been charged in relation to the beheading of teacher Samuel Paty – three of them are accused of pointing him out to his murderer.

While thousands of people around the world have been paying tribute to the Argentinian football genius Diego Maradona, we're willing to bet that the tribute issued by the president's Elysée Palace is one of the longest and floweriest.

The statement from the president, a keen football fan, begins: “The hand of God had placed a football genius on earth.” You can read the full tribute here.

Travellers from the UK could be subject to strict EU Covid-19 travel restrictions from January.

The European Commission told The Local that no decision has been made on whether the UK will continue to benefit from European travel exemptions after Brexit, which allow travel for all reasons, not just 'essential' trips.

And it seems that Nice is officially the nicest city in France – that’s according to a survey of foreign residents who marked Nice considerably higher than Paris on issues including quality of life, affordability, friendliness of the locals and – big surprise – the weather.