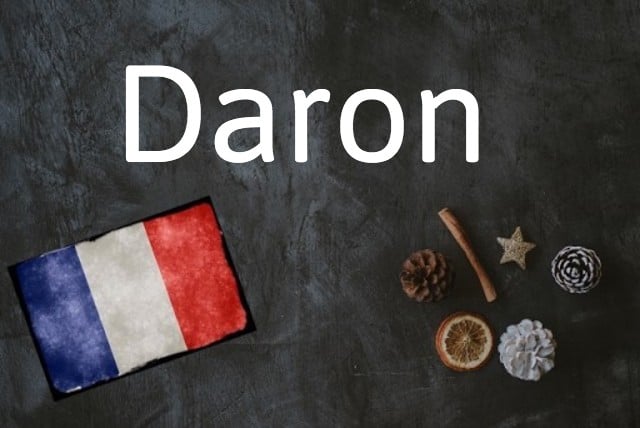 Why do I need to know daron?

Because it’s a slang expression that young people in France use often. It's also newsy this week, in a story that not only has caused a stir in France, but also teaches us about subtleties in French language.

Daron is a colloquial French term that refers to 'father'.

It can also mean 'parent'; mes darons is slang for 'my folks' or 'my parents'.

Like most French slang, teenagers are the most frequent users of daron, daronne and darons.

The paper claims that Blanquer had used his position as education minister to boost pro-government sentiment by favouring a certain student union.

There are three reasons why the title is so catchy in French.

Firstly, Daron noir is a wordplay on Baron noir, the famous French political drama series in which a politician uses dirty means to get what he wants.

Secondly, daron is a term that those affected by Blanquer's alleged actions – high schoolers – are known as using when talking about their (old and strict) parents.

Thirdly, daron can also mean patron (boss) or the top authority in a hierarchy, ie the education minister.

Tu as demandé a ton daron ? – Have you asked your boss?