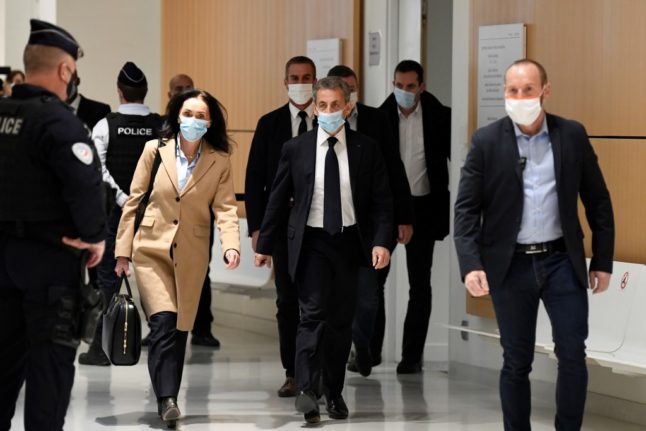 Readers, particularly those in the USA, might have been appalled over the weekend to learn of France’s plans to create a ‘register of Muslim children’. We were pretty appalled too – because it’s not true. Nothing of the kind is being proposed.

Can't quite believe I have had to write this, but it seems necessary after the tidal wave of misinformation over the weekend https://t.co/Wh92njHbu5

The trial began today of former French president Nicolas Sarkozy, in a complicated corruption case that follows a six-year enquiry. Sarkozy is the first ex French president to go on trial for corruption, although his former boss Jacques Chirac was convicted of embezzlement.

The trial is expected to last until mid December.

Media scrum at the Paris Tribunal as the press awaits @NicolasSarkozy arriving for start of his corruption trial pic.twitter.com/6G0B9prINu

France is looking forward to tomorrow evening, when Emmanuel Macron will announce what happens next with lockdown and Christmas.

And speaking of lockdown – we don’t think this guy from Brittany had quite thought things through when he stormed out of his house to ‘smash a guy’s face in’ – pausing only to fill out his lockdown permission form giving details of the crime he intended to commit.

In case anyone was in any doubt, the local police chief said: “We made it clear that going out ‘to beat someone up’ is not a valid reason to break lockdown.”

Today is the deadline for French towns and cities to apply for permission to impose a rent cap – and almost 30 have applied.

The Environment Ministry now decides on the applications in a ruling that could have a big impact on rent prices around France.

Our French word of the day sounds to British ears like a boy’s name, but actually means something very different.

And good news for those in France who fancy dinner* and a movie on Friday – Lost in Frenchlation, which screens France films with English subtitles, is holding its first online screening, including a Q&A with the director. (*You’ll have to supply your own dinner).

Check out listings for upcoming screenings here and the trailer for Friday's film below.