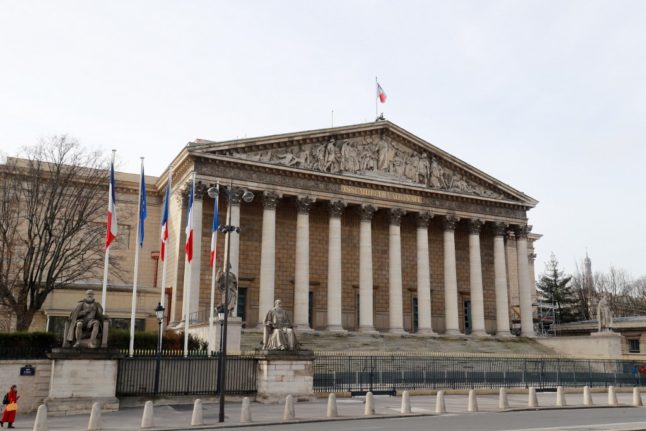 France has published its domestic legislation on the rights of Brits after Brexit. Photo: AFP

Originally scheduled for October, the decree  was finally published in the Journal Officiel on Friday, making it a legally binding document.

It lays out the rights and responsibilities of British people who are already resident in France by December 31st 2020, the end of the Brexit transition period.

Although the Brexit Withdrawal Agreement agreed between Brussels and London broadly covers the rights of British people living in the EU – and EU citizens living in the UK – each country then has to publish its own domestic legislation laying out its rules and requirements.

This is what France's says:

Every British person living in France needs to apply for a carte de séjour residency permit. This is not new information and has been repeatedly publicised by French officials but it's worth pointing out that these don't get sent out automatically – you have to apply for one.

The Interior Ministry on October 19th opened up an online portal for British people to make their applications on – you can find our guide to how this works HERE.

British people will get a card bearing the words Accord de retrait du Royaume Uni de l'UE – Withdrawal agreement between the UK and EU.

In order to benefit from the Withdrawal Agreement, British people need to be legally resident in France before December 31st 2020, this decree does not cover people who move to France after this date.

Everyone must have made their application for a card by June 30th, 2021.

Everyone must have a card by October 1st, 2021. Any British person living in France after that date who does not have a carte de séjour will be living here illegally, unless they can prove a good reason why they were not able to make their application in time.

Until October 1st 2021, there is no requirement for British people to have a carte de séjour in order to live, work, study or receive healthcare or benefits in France.

This is not new information, but it is the first piece of official legislation to state this.

Already we have heard reports of British people being incorrectly told by officials that they need a carte de séjour, and it's possible that this could get worse after the end of the transition period on December 31st.

This document is therefore something that can be printed out and shown to the relevant official to prove that it is not necessary to have the card before October 2021.

People who have already lived in France for more than five years will be given a carte de séjour permanent. The card itself lasts for 10 years and needs to be renewed, but the right to remain is for life and you will not need to prove your eligibility again.

People who have lived in France for less than five years but are married to a French person will also be given a carte de séjour permanent.

People who have lived in France for less than five years will be given a five-year card, which can then be exchanged for a carte de séjour permanent at the end of the five-year period.

People who have lived in France for more than five years only need to prove their identify and how long they have been in France.

People who have lived here for less than five years need to prove that they fit into one of the categories of applicant – working, student, job-seeker, family member or economically inactive (such as retirees). People who are not working will need to prove they have health cover – being registered within the French state health system is adequate for this – and have sufficient resources not to be a burden on the French state.

There is more detail on these categories HERE.

The decree also clarifies some information around people who are applying for residency as the family member of someone who qualifies.

The Withdrawal Agreement covers any British person legally resident in France by December 31st 2020 – or a family member including spouses or partners, children or dependent adult relatives.

As well as laying out conditions for this, the decree confirms what happens to people who apply as a spouse or partner and then experience bereavement or divorce

People who are working in France but living in another country – known as frontaliers – can apply for a cross-border worker card that will allow them to work in France – either as an employee or on a self-employed basis.

As with the other categories covered by the decree, this applies to people who are already working in France and living elsewhere before December 31st 2020.

To read the decree in full, or print it out to prove your status, click HERE.

You can find more detail on all aspects of life in France next year in our Preparing for Brexit section.