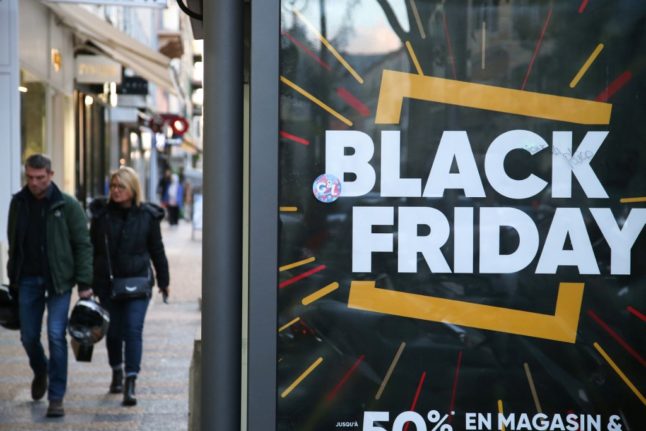 Smaller businesses have complained that they would lose out to the online giant if it is allowed to go ahead with the annual promotional event, originally imported from the US, while their doors remain closed.

“We've decided to push back the date of 'Black Friday' if that allows shops and physical stores to reopen before December 1st,” Amazon France boss Frederic Duval told broadcaster TF1.

The sale had been planned for November 27th but could instead take place on December 4th, he added.

France is under lockdown until at least December 1st, after which some restrictions could be lifted, including allowing the reopening of 'non essential' shops, which are currently closed – although businesses are permitted to offer a 'click and collect' service.

Economy Minister Bruno Le Maire had on Wednesday asked retailers to “postpone” the massive sale, and talks with the sector were slated for Friday.

On Thursday he hailed “the spirit of responsibility” shown by sellers who have agreed to delay the promotion.

Japan-based Rakuten's French chief Fabien Versavau said the company was prepared to be “flexible” as long as other firms played along.

And major supermarket chains like Carrefour have also said they are ready to cooperate.

The American tradition of Black Friday usually follows Thanksgiving and is a day of online sales and shop discounts.

It has spread across Europe in recent years, including to France where it proved controversial even before the pandemic.

Last year's event was marked by protests and calls for boycotts as environmental groups said that the day encourages over-consumption, while trade unions warned that it damages local retailers.