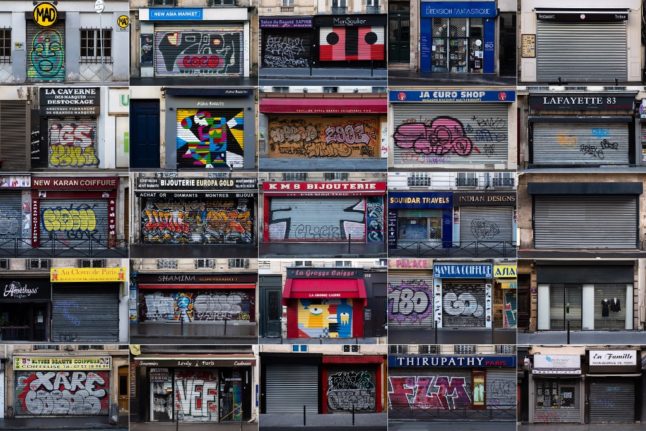 Prime Minister Jean Castex said Friday that France was “on the right path” which could justify small shops reopening “around December 1”.

The data provided fresh arguments for shop owners who have been lobbying to be allowed to reopen as early as next week as the government sought to hammer out arrangements for the Black Friday shopping splurge that would make the
retail bonanza compatible with ongoing health protocols.

An update on store openings is expected on Tuesday, when President Emmanuel Macron goes on television to update the country on coronavirus measures, his office said.

“Although indicators are still at high levels, they suggest that the peak of the second wave is behind us,” the agency said, but warned that it was too early to relax lockdown measures. The number of Covid deaths has stabilised after several weeks of increases, the agency said, with 3,756 recorded fatalities compared with 3,817 a week earlier.

Confinement measures were having “a direct impact” on patient statistics, which typically started to fall around 10 days after restrictions kicked in.

The government placed Paris and some other large cities under curfew on October 17, with others following suit a week later.

But since October 30, all of France has been under a lockdown, though it is less severe than the one seen in the spring, with schools still open and a wider range of shops still welcoming clients.

Sante Public said the “encouraging” statistics “should not make us forget that pending the availability of treatments and vaccines, the only way to slow the pandemic and lessen its impact on the health system is still to adopt individual prevention measures, combined with collective measures.”

On Friday, Transport Minister Jean-Baptiste Djebbari warned that it was too early to say whether people would be able to travel at Christmas, saying the Covid trend reversal was still “fragile.”

National rail operator SNCF has slashed train schedules by 70 percent, but is planning to ramp its network back to normal capacity starting December 15.

Representatives from stores and online commerce sites meanwhile agreed with the finance ministry that Black Friday, scheduled for November 27 this year, will be postponed by a week if shops have been authorised to reopen by then.

Originally a US retail fest, Black Friday has caught on across the world, with French luxury department store Galeries Lafayette saying it generated more revenue on Black Friday in 2019 than on any other day of the year.

Government officials said reopening brick-and-mortar stores by Black Friday was one of the options on the table, but they feared that crowds flocking into shops could endanger progress made against infections.

The deal signed Friday deal was to allow “a reopening of stores soon under maximum health security conditions”, a joint statement from the signatories said, without having to absorb large crowds of bargain hunters.

The head of Amazon's French operations, Frederic Duval, had already flagged that his company was in favour of moving Black Friday back to December 4 “if that allows shops and physical stores to reopen before December 1”.

Macron is expected on Tuesday to announce tweaks to the current lockdown measures, which technically expire on December 1, with an easing of restrictions rather than ending the lockdown entirely.