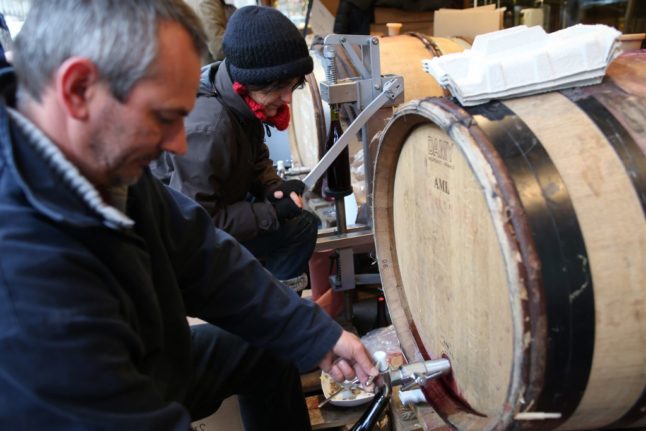 The French government has published a first draft of its new law to fight Islamic extremism, a proposal that was in development earlier in the year but which was modified after schoolteacher Samuel Paty was beheaded in the street.

The bill has proved controversial in the wider world – at least in part due to some misunderstandings and mis-translations – and also appears to have sparked a war of words between Emmanuel Macron and an American newspaper.

NYT used to be pofaced in its belief in its own superior journalistic ethical standards. Their media correspondent is here accused of claiming Macron called him out of the blue when actually the NYT sought the interview. https://t.co/396D4NSuxL

John Lichfield looks at what happened to the ‘Je suis Charlie’ solidarity in the face of terror attacks that France once enjoyed around the globe.

France's interior minister has found himself at the centre of another row, drawing fury by appearing to suggest that journalists should have to alert police before they will be allowed to report on protests.

This is Kafkaesque insanity. Last night a French journalist reporting on protests in Paris – against a draconian law that will make most cases of filming/photographing police illegal – was threatened with arrest when filming and told his press credentials “change nothing” https://t.co/jFSAAePkJA

From a BFMTV colleague:
“A journalist printing their sworn declaration to go to work, the declaration to attend a protest, the accreditation from the prefecture to go to the protest and the attestation for the return journey” #libertedelapresse https://t.co/P6sFDwmsjj

We looked at the ongoing troubles of Gérald Darmanin yesterday.

If you want to understand the high-profile Daval murder case that is currently ongoing, this documentary by French TV station BFM is worth a watch.

On the subject of lockdown, we’re still far from lifting most of the rules, says France’s government spokesman.

As French learners of varying degrees of proficiency, we can assume that all Local readers have made the odd language error – but when we asked for your most embarrassing language fails we were deluged with tales of hilarious and mortifying mistakes. We’ve collected the funniest together here to brighten your day – thanks to everyone who generously shared their pain!

On the subject of language, France has moved up a couple of places in the international index of English-speakers, continuing a slow but steady improvement. We spoke to some French people about their language skills and found that many were (needlessly) embarrassed by their accents when speaking English.

And our French phrase of the day is one that might resonate with David Beckham.

Today is Beaujolais Nouveau Day – the usual festivals are out for obvious reasons, but you can still crack open a bottle and revise your 13 things to know about France’s most famous primeur – including why the wine's pretty terrible reputation might no longer be deserved.

This daily round-up is a new feature that we are offering to our readers, so let us know what you think – is it helpful? Is there anything you would like to see more or less of? Email us at [email protected]