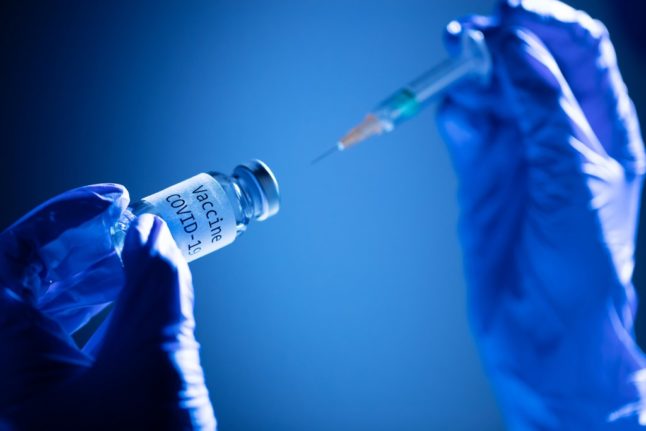 For many people, news that a Covid-19 vaccine is at last on the way signals the end of a long and difficult period of lockdowns and travel bans that have left many unable to see their loved ones for months at a time.

However, no sooner had the news sunk in then there were calls in France to make the vaccine compulsory.

So why would this be necessary?

Well, France has a long history of vaccine scepticism, and it seems that the Covid vaccine is no exception.

Only 59 percent of French people are prepared to get vaccinated, according to an Ipsos opinion poll published in September, compared with 74 percent polled worldwide.

“My fear is that not enough French people will get vaccinated,” Prime Minister Jean Castex said at the weekend.

The French Green party MEP Yannick Jadot went further, calling for the vaccine to be compulsory, saying: “We cannot afford to extend the period of lockdown, the period of cultural, social, economic weakening of our country.”

Gérarch Larcher, the centre right MP who leads the French Senate, is in favour as is the secretary general of his party, Les Republicains.

However several other politicians have spoken out against compulsory vaccines, saying either that it would be counter-productive or, like far right leader Marine Le Pen, that it would contrary to France's tradition of liberté. Health minister Olivier Véran has been cautious about the vaccine. Photo: AFP

France has budgeted €1.5 billion to buy vaccines in 2021, government Gabriel Attal told France 2 television, and will begin a vaccination programme as soon as a vaccine is completely ready and all safety tests are complete.

READ ALSO Covid-19 vaccine in France – what can we expect?

France's health minister has been notably cautious about any rollout of the vaccine, pointing out that the final data is not yet available on any of the newly developed vaccines.

Olivier Véran, a former neurologist, said: “A vaccination campaign will only begin when we have all the guarantees to vaccinate the population in complete safety.

“If we have several vaccines, we will choose those that we believe to be the safest and most effective,” he said, counting on the possibility that “by the beginning of next year, three or four laboratories could (…) apply for a marketing licence”.

As a doctor, he will be painfully aware of several high profile drug scandals in France that rocked public confidence in health authorities including the diabetes drug Mediator that was linked to deaths from heart problems and the epilepsy medicine Valproate that has been linked to birth defects. Anti-mask and anti-vaccine protesters in Bordeaux in September. Photo: AFP

But vaccine scepticism is nothing new in France and the country has for several years now topped international surveys for the highest number of vaccine sceptics.

In summer 2019, well before most people had even heard the word 'coronavirus', 33 percent of French people told pollsters that they did not believe that immunisation is safe, the highest number of any country in the world.

The year before, then-Health Minister Agnès Buzyn had made 11 vaccines compulsory for children before they can be enrolled in school.

Although this increased vaccination rates, it may have fuelled anti-vaccine sentiment in France.

“France is the only country in the world that has made vaccines obligatory,” Francoise Salvadori, a biologist and co-author of Antivax, a history of the anti-vaccination movement in France, told The Local last year.

“We have never abandoned 'paternalistic medicine' despite the fact that every time more vaccines are pushed upon us, there is a greater resistance to them,” said Salvadori, who pointed out that Britain scrapped obligatory vaccinations in the 19th century.

“But it is difficult for the government to know how to take action when not enough people are being vaccinated – and yet obliging them to do so does not seem to work either.”

Like many countries, the 'Big Pharma' conspiracy theory – the idea that the medical establishment and pharmaceutical companies operate for sinister purposes and against the public good – is prevalent in France.

On top of that in France health ministers are often doctors, and therefore seen as complicit in any dealings with the pharma industry, “stuffing their pockets and working against the public”, said Salvadori.

Before the pandemic, many experts pointed to the fact that anti-vaccine sentiment was highest in countries without direct experience of major health crisis – for example in countries where diseases like polio had been all but eradicated.

However, with France badly affected by the Covid pandemic – 45,000 people have died and the rest of the population has endured months of strict lockdown and economic damage – vaccine scepticism is still high.

In fact the number of people who say they would be reluctant to take a Covid vaccine is higher than general anti-vaccine concerns pre-pandemic.

While some people are undoubtedly concerned about the unusually fast development of the vaccine, others have cited more general objections such as a distrust of the drugs industry or a belief that the pandemic itself is a hoax.

The French film Hold Up – Retour sur un Chaos has been viewed thousands of times since it was launched online and big stars such as Sophie Marceau have shared it on social media.

However, when it was reviewed by the Agence France Press face-checking service they found 30 false statements in it relating to the nature, origins and danger of the virus.

France has also seen a historically high level of belief in conspiracy theories.

An Ifop poll carried out on behalf of the Fondation Jean Jaures think-tank and the Conspiracy Watch organisation in 2019 found that large sections of French society believed in theories with no grounding in established fact.

One in ten French people believe the Earth may be flat and 16 percent think the US faked its moon landings, according to the survey, which tested some of the most famous theories on a group of 1,200 people.

However, there may also be a disconnect between what French people tell pollsters and what actions they take.

Despite the high level of vaccine scepticism, take-up of France's annual flu vaccine is generally quite high.

In 2019, 10 million people got the jab, roughly one in seven of the population which would cover most of the high risk groups – such as the elderly and chronically ill – who are advised to have it.

This year, hoping to avoid a winter with both flu and Covid-19 patients in hospitals, the government increased its order of flu vaccines, but not by enough – the clamour to be vaccinated meant that doctors and pharmacists quickly ran out of supplies and many people are still waiting for new supplies to arrive.

The French pharmacists association said that 5 million people were vaccinated in the first week of the winter flu campaign – maybe not the actions of a nation that has no truck with vaccines.