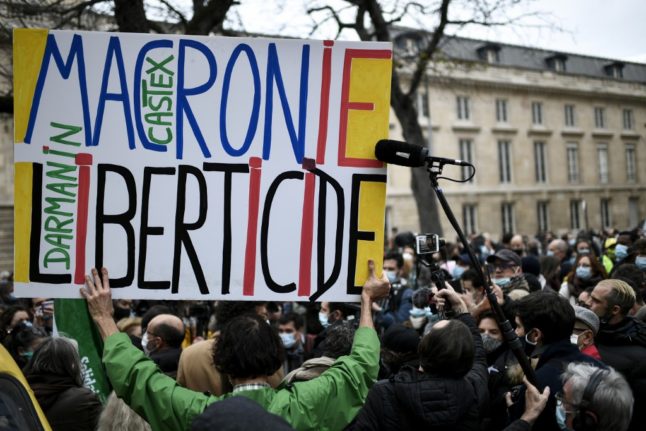 Paris was the scene of violent clashes last night as thousands of people took to the streets to a protest over a new security bill.

From last night's protest in Paris against a “global security law” proposal that would criminalise disseminating images of police if there is “intent to harm”. The journalist shouts “we are press, we are press” to ward off the officers. #LoiSécuritéGlobale https://t.co/ikSmkVgVEF

Both of these tweets could potentially be illegal under the new law – here’s a breakdown of what the proposed bill would mean, and why people are concerned about it.

The city of Paris has once again topped a global poll of the most expensive places to live (although we want to know where the researchers went that charged them six quid for bread).

Paris is crazy expensive for rent, but I find that ? bread, ?wine and ☕ coffee can all be found relatively cheaply, so at least that's the essentials covered https://t.co/zMYlIvAeQI

Our helpful Parisians readers have been sharing their top tips to live cheaply in the city, from wine bargains to bike-sharing.

There may be some (qualified) good news on Covid data, but France has seen a big increase in people seeking treatment for depressive illness in recent months due a combination of lockdown, financial worries and anxiety about the pandemic.

France’s Director General of Health has released a suggested list of questions to ask your loved ones about how they are coping.

If you're in the mood for lashings of hot cheese and potatoes (and frankly who isn't?) check out this video of Michelin-starred French chef Emmanuel Renault demonstrating how to cook the perfect tartiflette.

French president Emmanuel Macron is reportedly due to make an announcement about Christmas rules next week – here’s what we know about the situation so far – but for now a campaign to boycott Amazon and support local stores when shopping for gifts this year is gaining strength.

And we’re after your Christmas gift tips – what books, films, TV series, media subscriptions or podcasts would you recommend for the France-lover in your life?

Our French phrase of the day is for if you or someone you know is being unnecessarily argumentative.

The replies to this are gold! Thanks guys, you've all made us feel a lot better about our #frenchfails https://t.co/CbABM3dOrI

And we'd like to thank everyone who shared their most embarrassing French language errors with us! The replies on this thread are gold and will really cheer up anyone who is having a bad day.