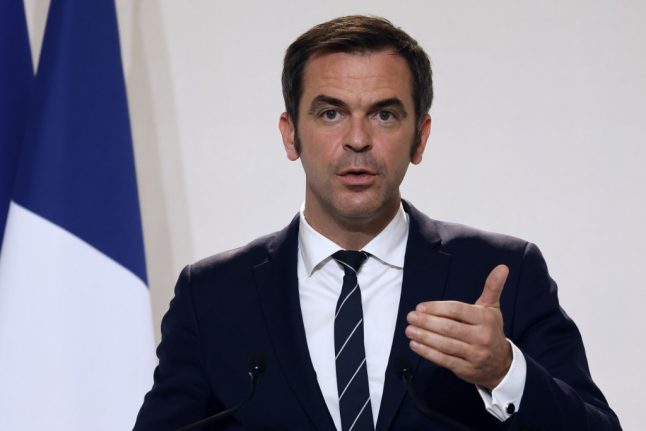 Speaking in an interview on Sunday to a group of French regional newspapers, Health Minister Olivier Véran said: “There is every indication that we have passed the peak of the epidemic [in the second wave]”.

However, he cautioned that “we haven't yet defeated the virus. Clearly, it is too early to claim victory and relax our efforts.”

He was speaking as both the number of new cases reported and the percentage of positive tests showed a slow but steady fall, although death rates remain high.

He told the newspapers: “Thanks to lockdown, as in March, the virus is starting to circulate less.

“For ten consecutive days, the number of new diagnoses of Covid-19 has been decreasing, the rate of positive tests and the incidence rate is dropping.”

France has been in its second lockdown for 17 days, although several big cities including Paris and Marseille had a nighttime curfew in place before the lockdown came in.

Although the second lockdown is less strict than the one in March and April, with schools remaining open and more people going to work, it appears to having the desired effect as case numbers show a steady fall.

Here is my latest French Covid number crunching thread with some, tentative GOOD NEWS (Hooray!) The flow of C19 patients into hospital and intensive care has slowed substantially in the last week and numbers in IC actually fell yesterday for the first time since 21 Aug.
1/10

From a peak of 50,000 new cases a day, Santé Publique France is now reporting 27,228 cases in the last 24 hours, while the rate of positive tests has fallen from 20 percent to 16.9 percent. The R rate has now fallen to 0.81 across the country, although is higher in several places including big cities.

Since cases take up to two weeks to develop, this suggests that confining the population back to their homes has worked to halt the spread of the virus.

The numbers of new cases arriving in hospital and intensive care units have also begun to drop with 270 patients admitted to intensive care the Sunday, the lowest number for three weeks.

However the number of deaths, which tends to lag behind hospital admissions by one to two weeks, remains high, with 302 hospital deaths in the last 24 hours. Over the past week there has been nearly 4,000 deaths, including 1,203 in the nursing homes – figures which approach the worst days of the first wave in April.

Castex announced that France's lockdown will continue until at least December 1st, and indicated that even on that date there would only be a limited lifting of the restrictions – with shops possibly allowed to reopen but bars, restaurants and gyms staying shut.

He added that attestations for essential trips out of the home would be likely to continue after December 1st.

Speaking about a Covid-19 vaccine, Véran said: “A vaccination campaign will only begin when we have all the guarantees to vaccinate the population in complete safety.

“If we have several vaccines, we will choose those that we believe to be the safest and most effective,” he said, counting on the possibility that “by the beginning of next year, three or four laboratories could (…) apply for a marketing licence”.