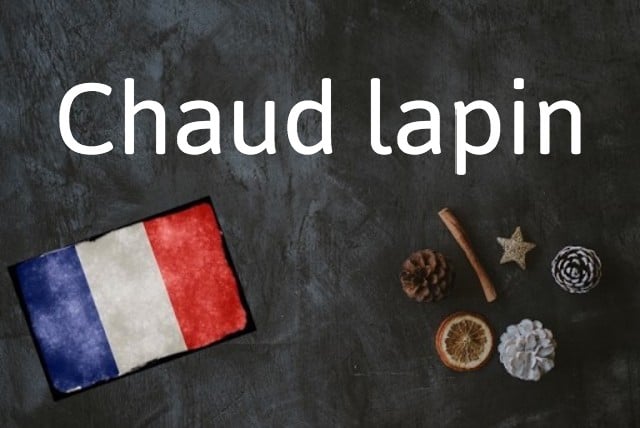 Why do I need to know chaud lapin?

Because it's good to know what it actually means, which has nothing to do with either French cuisine or cuddly bunnies.

However the expression un chaud lapin (a hot rabbit) refers not to the actual animal but rather to a man who loves sleeping around.

A chaud lapin is a colloquial term to describe 'a man eager for sexual pleasures', according to French online dictionary l'Internaute.

You might have seen chaud lapin used to describe former French President Françcois Hollande these past days.

Not that I’m one to spread gossip, but Francois Hollande, 66, has reportedly replaced actress Julie with dancer Juliette, 33. When president he was famously caught on the back of motorbike visiting Julie when he was officially with Valerie, who wrote a venomous book about it all. https://t.co/qfTFZ8xe6T

After French celebrity magazine Voici reported that the ex-president, 66, was reported to have replaced his current girlfriend actress Julie Gayet with Juliette Gernez, a 33-year-old dancer, it caused a number of social media users to joke that Hollande was a chaud lapin.

“We totally underestimated François Hollande! A real skirt-chaser that one,” one user wrote.

The TV channel C8 even dedicated a “debate” to whether Hollande was indeed a chaud lapin:

In Hollande's defence he is far from the only womanising prominent French politician or even president. Here's a look at eight sex scandals that rocked French politics.

More recently, you might remember the sex scandal that turned the Paris local election upside down just before Covid-19 turned our attention to weightier matters (hint: it included a Russian performance artist previously best known for nailing his scrotum to Red Square.)

There's no great English equivalent to chaud lapin, the bunny-related phrase “at it like rabbits” means a couple who are having a lot of sex, rather than a man who's always on the lookout for sex.

Another similar term is a skirt-chaser, un coureur de jupons in French, however un chaud lapin perhaps one level up, seeing as it really makes you think about what rabbits are famous for.

There's also been a subtle change in its meaning recently.

Back in the day, a chaud lapin was thrown around pretty light heartedly and in a quite admiring sense, whereas today fewer French people use it, especially younger generations.

Men who are constantly chasing women like an overheated bunny rabbit are today sometilmes referred to as un Me Too, a Me Too, a phrase that is a lot less indulgent than chaud lapin.

Avant on appellait ça un chaud lapin, aujourd'hui c'est juste un porc. – Back in the day we called that a womaniser, today it's just a pig.

Tombeur – a guy women fall for