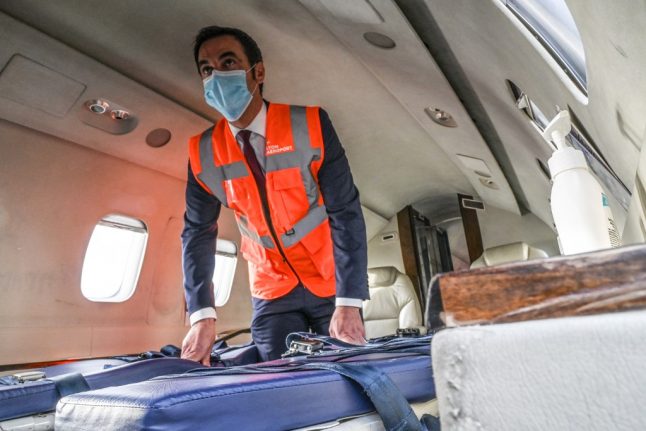 In what seems like the first bit of good news in quite some time, France’s health minister has declared that we have ‘passed the peak’ of infections in the Covid-19 second wave.

The minister, a former neurologist, has throughout the pandemic been very cautious about assessing the health situation so this declaration, although it comes with caveats, is good news indeed.

And of course any excuse to include a video clip of Olivier Véran's most famous skill – drawing very detailed felt-tipped pen graphs of the latest health statistics during live TV appearances.

France's health minister on TV drawing one of his trademark graphs ?? https://t.co/B7Add71LEB

Death rates are still high, but the number of new cases, hospital admissions, positive test results and the R rate have all fallen since France began its second lockdown two weeks ago.

So does this mean it’s all systems go for Christmas? Unfortunately not.

It's very early days yet and we know that lockdown is staying in place until at least December 1st, with many measures likely to remain in place after that. We have been getting a lot of questions on the subject of whether Christmas travel will be possible – here’s everything we know about this so far.

As French president Emmanuel Macron lays out his views on the UN security council he has also launched attacks on certain 'Anglo Saxon media' (not including The Local) on their coverage of France's stance on radical Islam.

This is a topic we have been looking at to see whether there are genuine misunderstandings or mistranslations at play.

French daily newspaper Libération, however, is more concerned with the US presidential election with this stunningly blunt front page – headline: Fuck, two months!

And if you get your news from French station RFI then don't worry – the UK's Queen Elizabeth II, Pele, Clint Eastwood and Sophia Loren are all still alive – their obituaries were published in error on the company's website.

In other healthcare matters, French pharma giant Sanofi says it too has a vaccine in development. It won’t be ready until at least June 2021, but it can be stored at normal temperatures, unlike the Pfizer/BioNTech vaccine which must be stored and transported at -70C, setting up all sorts of practical problems for a mass roll-out.

Our French phrase of the day sounds like a cute little bunny rabbit, but is actually more applicable to a certain ex president and unlikely Romeo.

And we’re looking at proposals put forward to make the carte de séjour residency card conditional on a French language test. This is very much at the ideas stage at present, but could end up having a big impact on any non EU citizens (which will include British people from January) wanting to move to France.